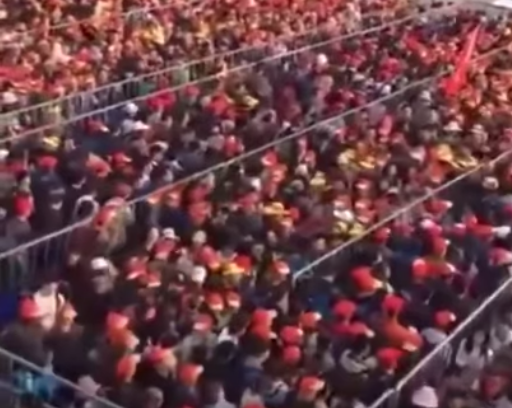 This week in China is known as the ‘Golden Week’ and is one of China’s biggest travel holiday weekends. Every year, starting on October 1st, the Chinese Communist Party celebrates the founding of the People’s Republic of China for seven straight days, but this year it is being referred to by Chinese media as the week of the “revenge traveler.”

Some predicted that the holiday might be canceled due to the global pandemic, but the holiday is far from being canceled. China has more domestic travelers this week than they did last year, at the same time.

Revenge traveling is the mindset that “I am going to travel somewhere and go somewhere no matter what” and it seems to be hitting many Chinese travelers right now. People are simply sick of being locked up and having everything locked down. They want to go out. They want to do something. They want to live life.

“It is almost impossible to travel right now,” said one BTJ missionary in China. “All of the [domestic] train tickets and plane tickets have been purchased. The shops and restaurants are full!”

The BTJ missionary is not wrong. Airline tickets and train tickets are not easy to come by right now as more than half a billion people are traveling in China for the Golden Holiday. As of September 14, booking for domestic travel during the national holiday has surpassed last years numbers. Hotel prices are up by more than 20% from the same period last year, as bookings surge over 50% from a year ago.

According to our team in China, social distancing has been practically thrown out the window this week and shows no sign of changing after this week is over. Most shoppers and diners are either not wearing a mask or not wearing the mask properly to prevent the spread of COVID-19.

Will we see an increase in the number of people infected in China from the increase of travel this week? If we do, will there be proper reporting on it?

It might be too early to tell, but if we look at the number of revenge travelers in China, it seems that many Chinese travelers might be ready to move on with life beyond COVID-19.