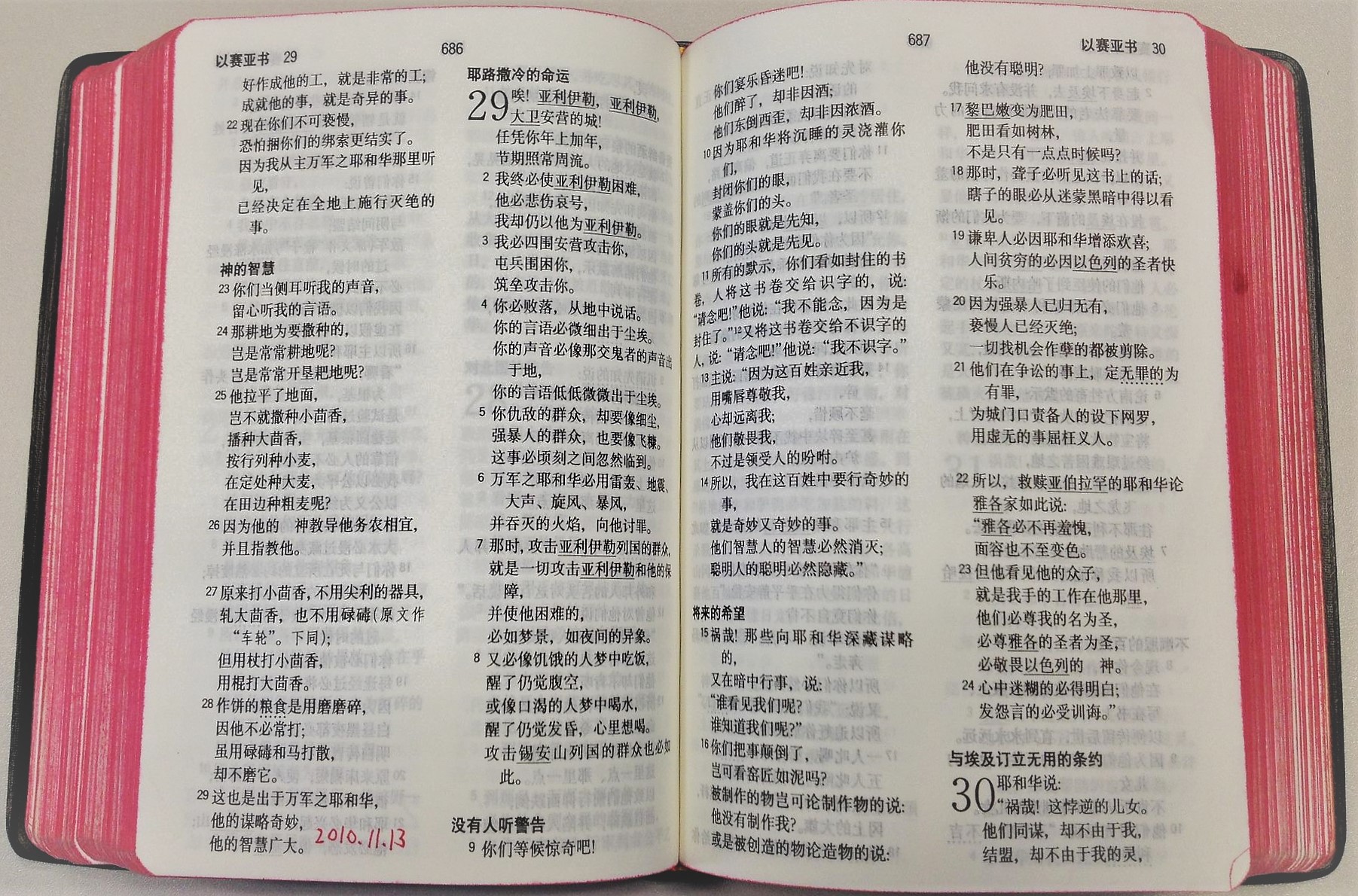 We have previously reported on China’s efforts to produce a Bible that is more acceptable to the communist party. It is said that the new Bible will incorporate Buddhist scripture and Confucian teachings, along with communist ideology. The purpose is “cultivating and implementing the socialist core values” of Chinese society into the scriptures.

It is easier than you might think to change Scripture to say something else. A little word inserted (or omitted) here or there will make for a completely different meaning. Take for example the Jehovah’s Witnesses ‘The New World Translation’. Verses referring to the deity of Christ are amended, so that one can claim that Jesus may have been the son of God, but that he is not God, and there is consequently no Trinity.

This reminds us of the more radical approach of the Quran, which tells stories about Jesus, but with a twist. Jesus was not crucified, but taken into heaven. Also, he was a prophet, but not the Son of God. The idea that God has a son is very offensive within Islam.

The deity of Christ is also one of the things troubling the communist party. Reports are that verses are changed, so that Jesus is no longer portrayed as sinless. In that way, Jesus becomes just like us. Not just a man, but a sinful one. And one who cannot atone for our sins.

What other passages or concepts should we expect to offend party sentiments? We do not know for sure, but we can hazard a guess. If they want to reduce Jesus to a wise teacher like Confucius, the bodily resurrection of Christ would somehow have to be glossed over. As Romans 1:4 says, He was “appointed the Son of God in power by his resurrection from the dead: Jesus Christ our Lord”. Rising from the dead is the ultimate display of divine power, the reversal of the laws of nature. Why fear a government when you serve a King who defeated death?

There are other teachings of Jesus which may be too radical for the communist party to stomach. For example, Jesus’ great reversal of the meaning of authority. Christians are specifically instructed to not be like the gentiles who are obsessed with power and ruling over people, but the one who is first should become the servant of all. In the Bible, the highest ruler does the work of a slave. In a culture with strong hierarchy, that could be problematic.

Another issue could be the passages about the return of Jesus, which speak of his coming to judge and rule over a kingdom which has no end. Already this is a very sensitive topic, because it implies that there is a kingdom that will outlast the Middle Kingdom and that our loyalties to present earthly kingdoms are subject to our loyalty to the coming kingdom. Will the Chinese government take this opportunity to remove references to Christ’s return from the scriptures?

And what about the scandal of grace? One reason the religious authorities in Jesus’ days despised Jesus was that he rebuked the self-righteous and welcomed the sinners. If the new Bible indeed ends up changing the story of the women caught in adultery and has her stoned by Jesus, that would be a good indication of what to expect of other passages where Jesus defied a sense of justice to welcome the lost. Will the prodigal son get a party? Will the murderer on the cross make it to paradise?

We will see, but one thing is for sure. The word of God is powerful. So powerful that 2000 years after the final part was written, world powers like China still feel threatened by it. And that means we know what to do. Let it loose.