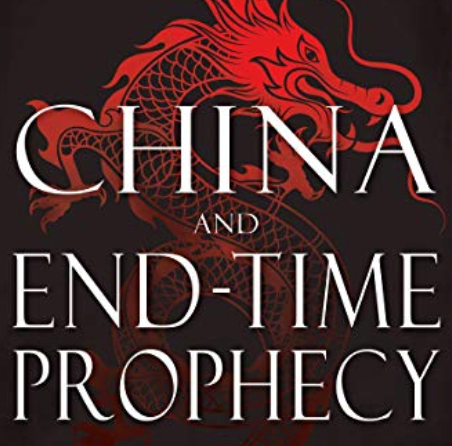 What role does China play in the End Times? China’s population size, economic growth, and thirst for military power have taken center stage and the world has witnessed their influence in Afghanistan as they backed the Taliban and no one dared oppose them.

Most end-time experts have seen the “Red Dragon” as an aggressor to Israel and an ally to the coming anti-Christ. In Revelation 16 and 19, John’s mention of the armies involved in the final battle marking the end of the world could very well depict China’s army today.

However, a different kind of army is also rising in China, and it is quickly approaching two hundred million people. This army is for Christ, not against Him. It is a host of Christians from the Chinese underground house church who are fighting a battle against principalities and powers and spreading the gospel in unprecedented ways under intense persecution and what they are doing is fulfilling prophecy.

If you are looking for a book to predict the day and hour that Jesus will return – this is NOT the book for you. There aren’t any predictions of the ‘mark of the beast,’ building of a third temple in Jerusalem, or mathematical calculations using the Mayan Calendar or Nostradamus studies to be found in this book, but what you will see is how the nations are being reached and the unreached people groups are growing fewer and fewer – just as was prophesied.

China and End Time Prophecy takes a unique look at the specific movement of the Chinese vision called “Back to Jerusalem.” The Back to Jerusalem movement shows specific elements that Jesus prophesied in regards to the End Times.

The Chinese church is quietly working to complete the Great Commission by bringing the Gospel to unreached people all the way back to the city of Jerusalem. For the first time ever, we share several revelations in the Bible that specifically relate to China and the vision of the underground house church. What you read in this book may change your view of China and end-time prophecy forever. Back to Jerusalem is not just a missions movement of the Chinese church. It is an eschatological event confirmed by both the Old and New Testaments. God is using the Red Dragon to fulfill His ultimate purposes.

China and EndTime Prophecy explores the surprising connection between ancient prophecy and China’s modern missions phenomenon. This book will give you a new vision of what it means to go into all the world with the gospel. Most of all, it will show you why the completion of the Great Commission is inevitable and the return of Christ is unstoppable.