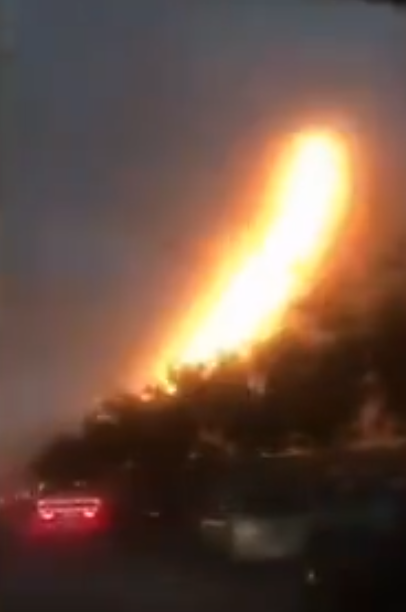 It would sound like a sci-fi movie if it weren’t for the fact that so many people have caught the event on camera from different angles at different times; it seems that fire is coming down from the sky and consuming entire buildings.  As persecution in China continues to increase, Chinese citizens are witnessing something that they have never seen before – massive energy sources that could be lightening (or something else) – coming down from the sky and setting sky scrapers on fire.

One such video was uploaded to LIVELEAK four days ago and shows an intense energy source coming out of the sky in the north eastern city of Shenyang and striking a highrise building. Seconds later, the entire building is engulfed in flames.

Click on the image below to watch the video on LIVELEAK 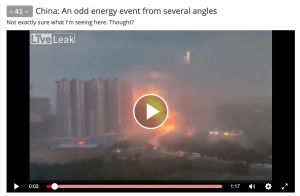 There really isn’t an explanation for this extreme weather phenomenon that is happening in China.

One thing does seem clear though – the more persecution that China inflicts on Christians, the more strange diseases, plagues, and weather disasters the nation is being hit with.

Please continue to pray for the Chinese underground house church believers and for the nation of China.