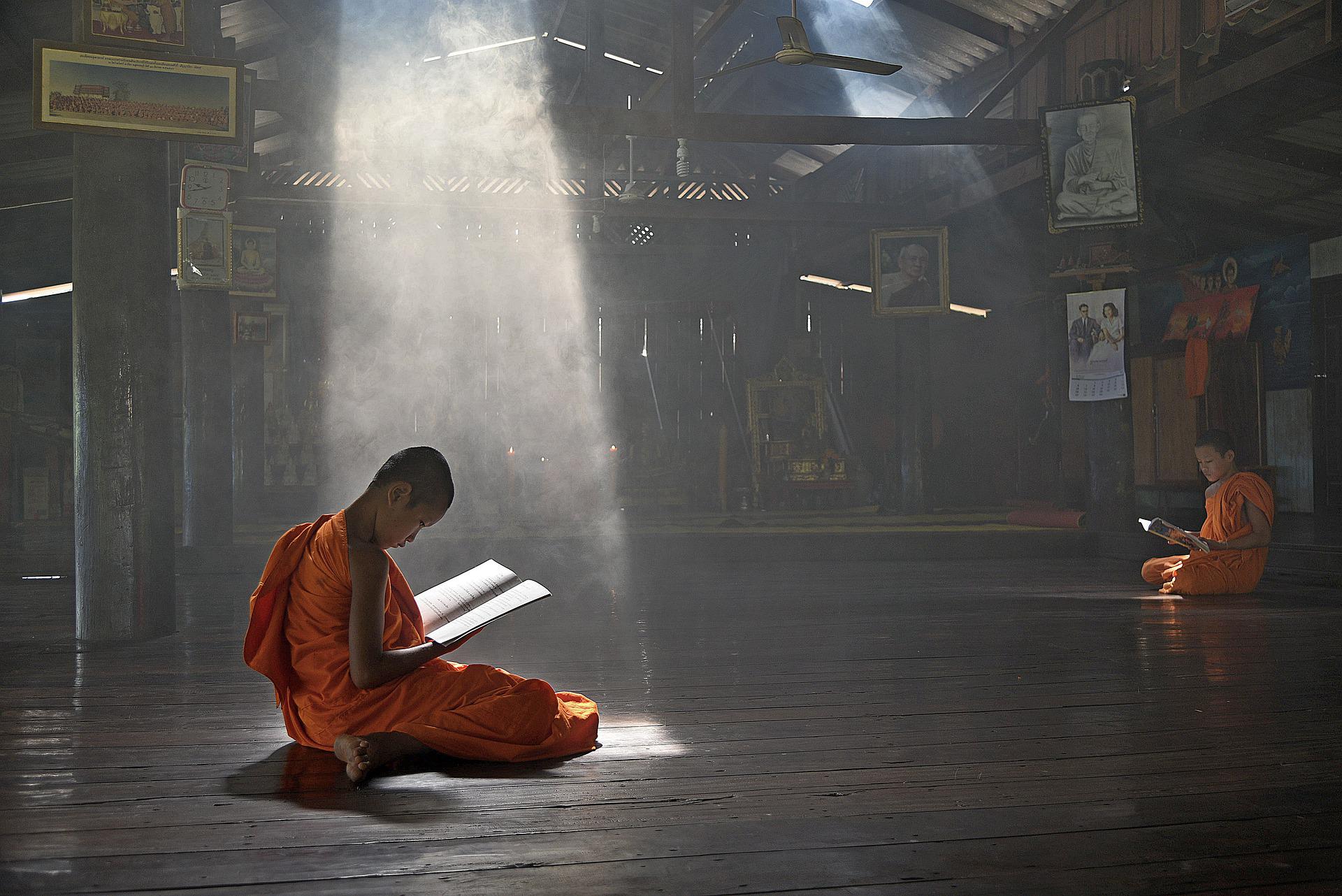 Buddhism was founded in Nepal in the late 6th century B.C. by a prince called Siddhartha Gautama, who later became known as the Buddha. It’s now an important religion in many of the countries in Asia, but has also crept into the hearts and homes of people all around the world. As the subtle influence of Buddhism spreads across the West, we can increasingly observe its fruit in the form of strange statues and meditation practices.

Here in the UK, you don’t have to go far to see a Buddhist statue peering out of a neighbour’s window or nestled in their front garden. Mindfulness meditation has become extremely popular, with shops even aiming related books at children. This mindfulness meditation is a Buddhist teaching, taught by Buddha as essential for attaining freedom.

What is Buddhism all about? True practicing Buddhist monks fill their lives with serious debating in order to find truth. They do this in the hope of attaining enlightenment, which they believe the Buddha attained some time after he ditched his wife and newborn son to seek after truth. In actuality, these monks do not become enlightened, but rather go around in circles, discussing concepts and sharing tenets that can never enlighten or save their souls. Their pursuit of truth is confined to the boundaries they have been given by the teachings of their superiors. Thus, the systems of Buddhism are rigged to keep the monks and their followers from divergence.

A few monks however, search deeper than they are instructed and, though forbidden to do so, begin to research and seek out the truth about Jesus.

It is only the monks who turn to Jesus who find true enlightenment – for Jesus is the Way, the Truth and the Life. Freedom cannot come through Buddhist practices; it is attained only through the Son of God, Jesus Christ, for if the Son makes one free, that one shall be free indeed!

One enlightened former monk is Tenzin Lahkpa. He bravely tried to bring the truth he’d learned about Jesus to his own people through the Buddhist debate system. The response from His fellow monks was imprisonment and torture. They could not prove him wrong through debate, but sadly true enlightenment was too much for them to handle. Brave Tenzin kept his faith in God, and God miraculously set him free! In time, God led Tenzin to return to his village to love and bless the people who tortured and disowned him. In a confused world, the love, power and peace that Jesus Christ imparts to His devoted followers like Tenzin are incredible proofs that Jesus is who He said He is – the Son of God, Lord of lords and King of kings.

You can learn more about Tenzin’s incredible true story in the book ‘Leaving Buddha: A Tibetan Monk’s Encounter with the Living God’ and in the children’s book ‘Tales from Fu Fu’s Forest: The Power of Love’.

Both are available below and in the Back to Jerusalem store.