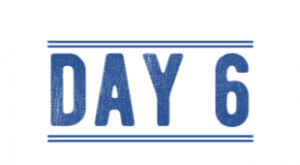 A New Syrian Invasion is Needed

After WWII, Syria experienced a series of coups and revolutions that led to civil wars inside the nation.

And still….after that with the Arab Spring and Syria not letting a good opportunity for war to go to waste – a rebel uprising began that launched into an all out civil war.

Oh yea….and after that there was ISIS.

Ugghhh….and after that Turkey invaded.

So yea. Syria has been at war forever.

Perhaps Syrians need an invasion from the church where believers from around the world are ready to love them instead of kill them. Syrians, more than any nation right now, need the message of Love that brings hope and peace instead of war and destruction. The women and children are the voices crying out in the night. Who will listen? Who will answer? Who will go? Who will love?

Pray that a unexplainable and uncontainable burden overpower the Body of Christ to respond to the crisis in Syria and will be manifested in an army of believers going to Syria to preach the Gospel message.

But the wisdom that come from heaven is first of all pure, then peace-loving, considerate, submissive, full of mercy and good fruit, impartial and sincere.  Peacemakers who sow in peace reap a harvest of righteousness.