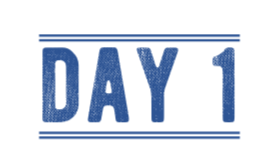 Syria in the Bible

Syrians can trace their heritage back to the very beginning as grandsons of Noah. According to tradition, Syria is a name that is derived from Aram, the son of Shem. That means that Syrians, like their Jewish cousins, are Semitic – from the sons of Shem.

The land of Aram is found throughout the Bible and is the early name for the land of Syria. The people of Syria settled between the two great rivers of the Tigris and the Euphrates, also known as Mesopotamia.

Syria, the land of Aram, has a history of many contradictions. Those that remember Aram in the Old Testament will recall that they were a major opponent of Israel (1Kings 11:23-25) and joined in unholy alliances to enslave the Jewish people. Many Christians read this information and jump right into the politics of today and write Syria off as being an evil nation and are enemies of God.

That would be a tragic and wrong conclusion.

There is so much more to Syria than the evil that we see on the news today as we will discover in the next 30 days. The Syrians have played an essential role in the God’s plan for all of humanity. The land of Aram plays a major part of salvation for all believers around the world since Aram’s decedents include Boaz, David, Solmon, Hezekiah, Josiah, and Joseph the adoptive father of Jesus.

Syria is the land called Paddam Aram (Gen. 28:5) the homeland of Rebekah, the wife of Isaac, as well as Rachel and Leah, the wives of Jacob. Syria is also the location of Mt. Hermon

Syria is the land of our Christian and Jewish ancestors – Boaz, Rebekah, and Rachel. Syria is the land of Shem, the son of Noah. Jesus chose to give His greatest and most remembered sermon in Syria (Sermon on the Mount) on Mount Hermon (on the border of Israel and Syria). Syria was the springboard that launched the message of the disciples into the rest of the world.

If Jerusalem is the cradle of the Gospel message than Syria is at least the kindergarten, because this was the land of Semitic-speaking people that immediately embraced the message.

There was a day when the people of Syria embraced the message of Jesus. That day can come again.