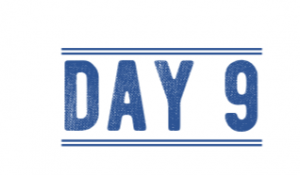 Of all the people in Syria, the ones that are forgotten the most are the Christians.

Today the population of Christians in Syria is about 11.2% and that is down from 25%. Before the Arab Spring in 2011, about one out of every four Syrians were Christians, but after the invasion of ISIS that number has dropped to one out of every ten.

Christians were the number one focus of the terror of ISIS in 2014. ISIS made the Iraqi capital Mosul their home and when they were pushed out they moved to the Syrian Christian capital city of Aleppo.

Many of the Christians in Syria come from a group of believers that still speak Western Aramaic, the, a dialect that is said to be the mother-tongue of Jesus. They still speak the language of Jesus because their churches were planted by the early disciples and for 2,000 years they have kept the traditions of the teachings of Jesus Christ.

In 2013, when the rebels of the Free Syrian Army that were supported by western governments, including America, began to take over large portions of land in Syria they targeted Christian communities, tore down their churches, and killed the clergy members.

These communities that had existed for 2,000 years were suddenly gone and though their attackers were Muslim, the weapons that were used to attack them were supplied by Christian nations.

The latest Turkish invasion are also hitting Christian areas. Before that the allied militias had been harassing them and persecuting their villages.

The Christians in Syria continue to go from one threat to another and need some serious prayers.

May the Christians genocide in Syria come to an immediate end and may the Salvation of Jesus Christ fall upon the enemies till all have bowed their knee in repentance.

Nations are in uproar, kingdoms fall;
he lifts his voice, the earth melts.

Come and see what the Lord has done,
the desolations he has brought on the earth.

Leave a reply to Lizzie Click here to cancel the reply