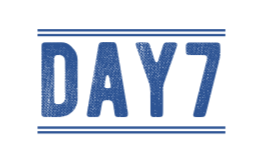 Evil on Both Sides

There is a special society of ruthless terrorists that have connections and support from the highest seats of government in the world. They do not necessarily have long beards, desert robes, and wear bomb-vests on the battlefield, but can be found on any given day wearing a suit and tie meeting with prime ministers and presidents.

They are a fraternity of Islamic believers known as the Muslim Brotherhood. They are a powerful, sometimes loosely connected organization that has shaken and toppled governments and leaders around the world.

There is conflicting information about the Muslim Brotherhood. There are countries and leaders that have labeled them as a terrorist organization and there are countries and leaders that fiercely defend the beliefs and actions of the Muslim Brotherhood, but there is no mistake that they have gained their power and influence through terror in Syria.

The founder of the Muslim Brotherhood, Hassan Al-Banna made jihad and war against unbelievers central to his movement. He wrote, “Death is art” and “Fighting the unbelievers involves all possible efforts that are necessary to dismantle the power of the enemies of Islam.”

He set up the organization to be deliberatively secretive and an opaque network with the pledge that “Jihad is our way” and “Dying in the way of Allah is our highest hope.”

Osama bin Laden as a young man used to like vacationing and hanging out in Sweden until he was radicalized by the Muslim Brotherhood.

Most of the terrorists who later founded al Qaeda were rooted in the Muslim Brotherhood.

The Muslim Brotherhood funds one of the most virulent terrorist groups – Hamas.

As early as June 1989, about 83 people were killed when the Muslim Brotherhood stormed a dining room and slaughtered cadets and today they are considered to be the main opposition group in Syria against the Assad regime.

They are aliened with the Kurds and the western foreign powers in the region and are considered to be the good guys in the battle for Syria that has been raging since 2012, but the assumption that they are a peace-loving group of patriots in Syria would be a grave mistake.

‘For I know the plans I have for you,’ declares the Lord, ‘plans to prosper you and not to harm you, plans to give you hope and a future. Then you will call on me and come and pray to me, and I will listen to you. You will seek me and find me when you seek me with all your heart.”