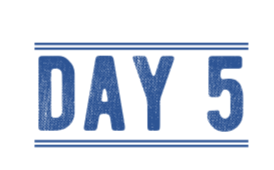 Pray For the Leadership

Bashar al-Assad has been president of Syria since July 17, 2000. He is considered to be a mass murderer and war criminal.

The United Nations has accused Bashar al-Assad’s government of committing war crimes against the Syrian people during the brutal six-year-long civil war that continues without end. The evidence against him is overwhelming.

In 2013, Assad’s military launched a nerve gas attack in the suburbs of Damascus that killed hundreds of people. Under international pressure, he agreed to destroy his chemical weapons stockpiles, but he did not. Nerve gas seems to be his weapon of choice.

In 2016, Assad’s military is thought to have dropped nearly 13,000 barrel bombs in cities that indiscriminately killed women and children.

It seems that there are not many things that al-Assad will not do to maintain power. Brutal torture techniques have even been employed against underage teenagers who spray paint graffiti on the walls that support the revolution against al-Assad, but he was not always this way. In fact, many historians would say that al-Assad was forced into his current role as president.

Bashar al-Assad spent the first part of his life helping lives not taking them. After graduating from high school, he studied medicine at the University of Damascus after which he furthered his medical studies at a medical school in London England.

His dream was to be an ophthalmologist, but that dream came to a screeching halt in 1994 when his older brother died in a car crash.

It was Bashar’s older brother who had been groomed to carry on the Presidency after his father, but all of that changed when he died. Bashar al-Assad immediately flew back home to Syria and started the grooming process to lead the nation of Syria.

In almost 20 years of his leadership, Syria has known very little peace. Bashar al-Assad has had a brutal term and it currently does not look like it is getting any better.

Let us pray for the leadership in Syria, that their hearts would be convicted, they would repent, and their nation would find salvation in the one true Christ.

I urge, then, first of all, that petitions, prayers, intercession and thanksgiving be made for all people— for kings and all those in authority, that we may live peaceful and quiet lives in all godliness and holiness. This is good, and pleases God our Savior, who wants all people to be saved and to come to a knowledge of the truth. For there is one God and one mediator between God and mankind, the man Christ Jesus.

Leave a reply to Ben Click here to cancel the reply