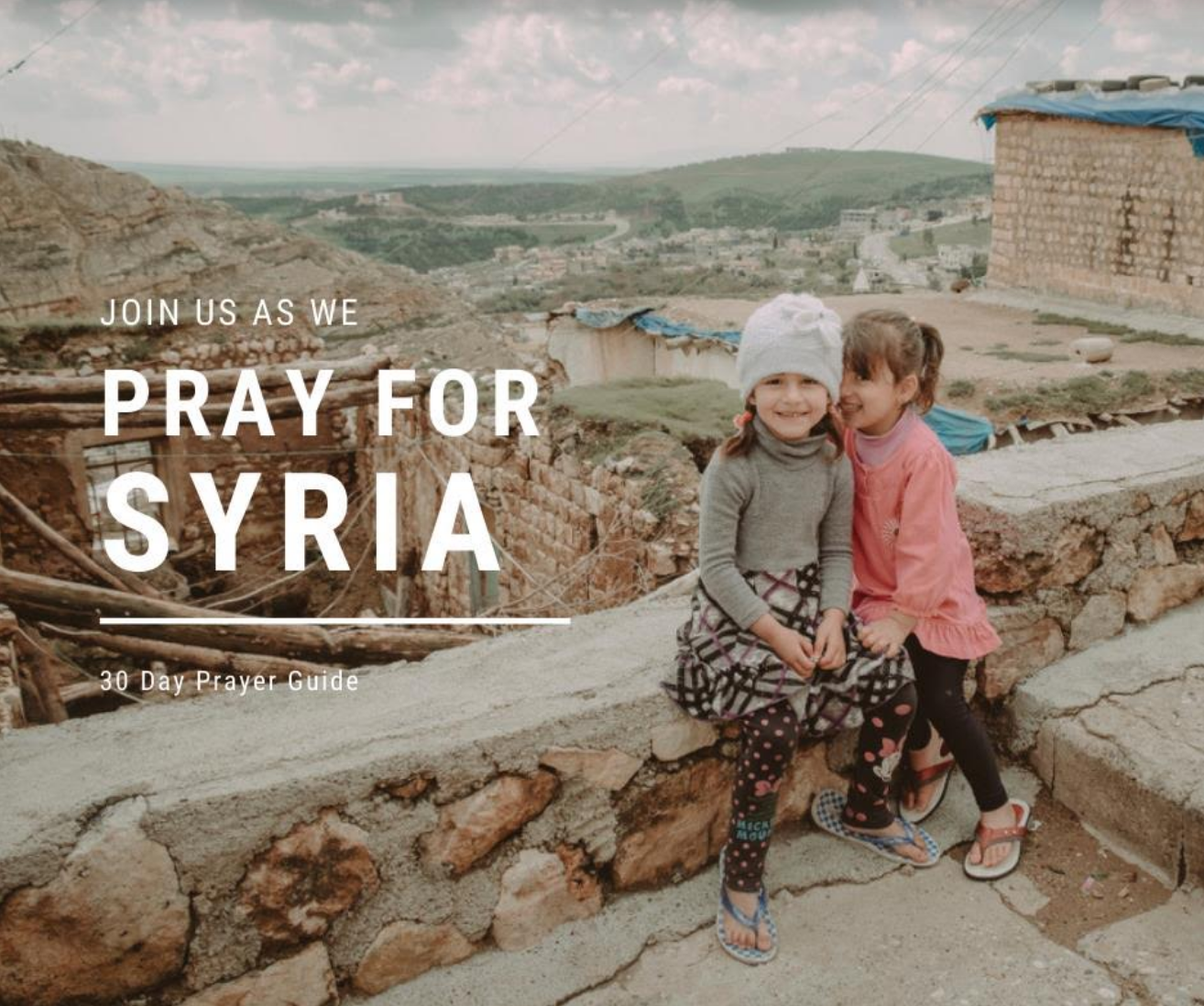 The Early Roots of Syrian Martyrs

What the enemy does not want you to know about Syria is that Christianity has a long long history there. Satan would prefer you to believe that Syria is a Muslim nation and always has been. This is simply not true.

It was in Antioch which is a city on the border of modern-day Turkey and Syria that we first get the coined-term ‘Christian.’

The believers in Syria can trace their heritage back to the days of James – the brother of Jesus as well as the Apostle Peter himself.

Three hundred years before Peter was recognized as the beginning of the papal dynasty in Rome, Peter led fellowships in Antioch and is said to be the first Bishop of the church in Syria. Following him was a man named Evodius, an early pagan converted by Peter.

During those days, the lives of Christian leaders were short lived. A crown of martyrdom awaited them all. After the death of Evodius and the execution of Peter in Rome, a man by the name of Ignatius began to teach and preach.

And when Ignatius was dragged before the Emperor, the crowds mocked him.

Emperor:  Who are you, you evil demon, who so zealously breaks our commands, and persuades others to do the same, so that they should miserably perish?

Ignatius:  I am an enemy to demons, but if you call me wicked in respect to them, I quite agree with you.

Emperor: Do we not then seem to you to have the gods on our mind, whose assistance we enjoy in fighting against our enemies?

Ignatius: You are in error when you call the demons of the nations gods. For there is but one God, who made heaven, and earth, and the sea, and all that are in them; and one Jesus Christ, the only-begotten Son of God.

Emperor: Do you mean Him who was crucified under Pontius Pilate?

Ignatius: I mean Him who crucified my sin, with him who was the inventor of it, and who has condemned and cast down all the deceit and malice of the devil under the feet of those who carry Him in their heart.

Emperor: Do you then carry within you Him that was crucified?

Ignatius: Truly so; for it is written, ‘I will dwell in them, and walk in them.

Emperor: We command that Ignatius, who affirms that he carries about within him Him that was crucified, be bound by soldiers, and carried to the great [city] Rome, there to be devoured by the beasts, for the gratification of the people.

When Ignatius heard this sentence, he cried out with joy, “I thank you, O Lord, that You have vouchsafed to honour me with a perfect love towards You, and have made me to be bound with iron chains, like Your Apostle Paul.”

Ignatius was then taken to Rome and devoured by beasts at the great Colosseum for the amusement of the crowds.

This is one of the great forgotten stories from the foundation of faith from Syria.

May we pray to again see brave Syrian believers rise up again proclaiming the name of Jesus in such a way that not only is Syria transformed, but the world is transformed.

Then he said to them all: “Whoever wants to be my disciple must deny themselves and take up their cross daily and follow me. For whoever wants to save their life will lose it, but whoever loses their life for me will save it. What good is it for someone to gain the whole world, and yet lose or forfeit their very self? Whoever is ashamed of me and my words, the Son of Man will be ashamed of them when he comes in his glory and in the glory of the Father and of the holy angels.