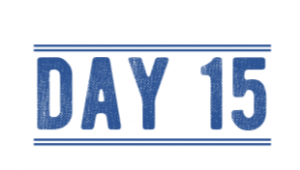 Is Syria’s war about power or about water?

The world’s water resources seem to be getting more and more controlled and Syria is not any different.

War for water supply has been going on in the Middle East for thousands of years. In fact, the world’s earliest documented war over water is said to have happened 4,500 years ago when the armies of Lagash and Umma, city-states near the junction of the Tigris and Euphrates rivers, battled each other when the King of Umma ordered for the Tigris river to be redirected towards their city and farms.

Most of Syria’s water source comes from only a few sources and those sources are growing more scarce according to the most recent data provided by NASA and Germany’s aerospace center. It seems that the Tigris-Euphrates Basin comprising of Turkey, Syria, Iraq, and western Iran is losing water faster than any other place on the planet except for India.

Even if the war stopped today there would still be issues in Syria because many of the refugees have run to urban centers that rely heavily on natural water sources. Land along the Euphrates River, which runs through modern-day Syria — also known historically as the Fertile Crescent — has been hit by water alarming shortages, drought, and poor crop yields.

This means that even after the war comes to an end, Syria is still going to need a lot of prayer to deal with their future.

But Jesus has said He is the living water, “if any man thirsts, let him come and drink.” His water shall never run dry and there is no limit to the number of people that can freely drink from His springs. His rivers of living water do not cause war, but bring peace. They do not bring death, but give life eternal.

May Syria know the Giver of Living Water

He said to me: “It is done. I am the Alpha and the Omega, the Beginning and the End. To the thirsty I will give water without cost from the spring of the water of life. Those who are victorious will inherit all this, and I will be their God and they will be my children. But the cowardly, the unbelieving, the vile, the murderers, the sexually immoral, those who practice magic arts, the idolaters and all liars—they will be consigned to the fiery lake of burning sulfur. This is the second death.”