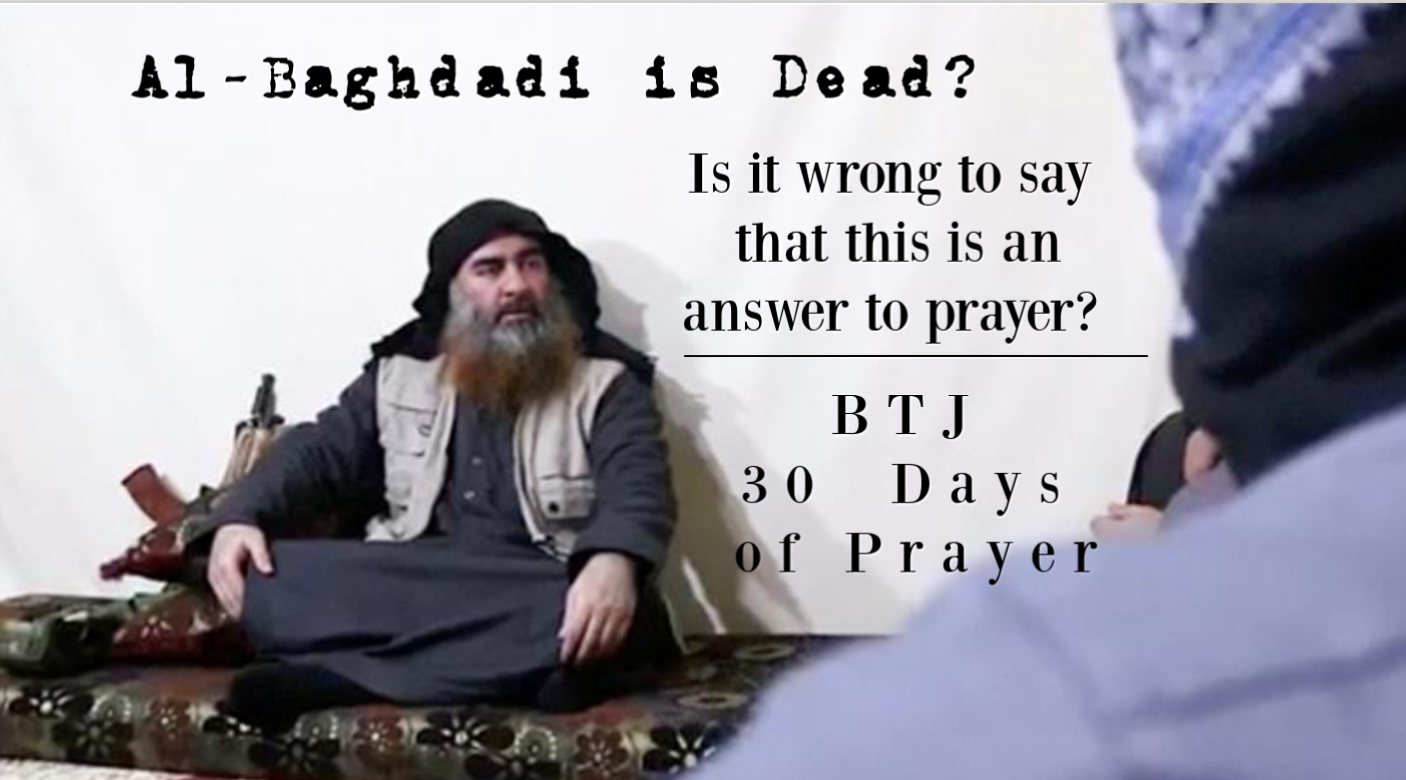 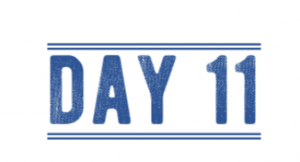 Could Death Be an Answer to Prayer?

We have thought that he was dead before but we were not really sure.

The Russians said that they killed him, but could not confirm it.

The Americans have said that they have killed him – but can we believe it this time?

People have been praying for God to help Syria, but could their answers be found in the death of al-Baghdadi?

Consider this, the leader of the Islamic State of Iraq and the Levant (ISIL or ISIS) has been one of the most evil terrorists in modern history.

The death and destruction that this one man brought on Syria is incalculable.

Many Islamic apologists will argue that al Baghdadi does not represent real Islam, but it is important to remember that al-Baghdadi’s nickname was often “Doctor” – referring to his doctorates in Islamic studies. If you want to know about true Islam – he is the man to teach you.

Al Baghdadi has a doctorate in Quranic studies from Saddam University in Baghdad where he is from (thus the name al-Baghdadi). Unlike the overwhelming majority of his critics, al-Baghdadi has spent the majority of his life studying the Koran. He loved it.  He was married to it.  He dedicated his life to following the teachings of Mohammad and knows it better than most of those that do not agree with him.

So it is fair to say that it is the critics that do not represent true Islam.

Al-Baghdadi is said to be a descendent of Mohammad, which gave him partial legitimacy in claiming the leadership of Muslims world wide.

But in 2016, the man that slaughtered thousands, took slaves, and tortured women captives went into hiding. Fearing for his life, he looked to his fellow terrorists to help hide him and keep him safe, but he could not escape the justice that awaited him.

This month, BTJ partners around the world began to pray and they have been praying for the people of Syria.

It seems that that al-Baghdadi’s time is up and now he will have to stand before his maker and answer for all of the suffering he has caused to the people of Syria.

Al-Baghdadi is not different than you or I.  Like al-Baghdadi, we will all have to answer for that which we have done and not done.

When the end has come for us and we are standing before the throne of God on Judgement Day, what will we answer when He asks us what we did when the Syrian people were suffering? Did we pray. Did we go? Did we help? Or did we look the other way.

Those that prayed for Syria have now seen that al-Baghdadi has been killed. Is this an answer to prayer?

I would use caution to say it is.  If God brings justice through killing those that are unjust, I would be the first to see punishment.

I do know though, that God’s people can see results from their prayer.  When BTJ prayed for North Korea in April of last year, the missile launch site fell apart and the leader of North Korea began to open up and agreed to meet with a US president for the first time in history.  This was an amazing answer to prayer in a nation that had not seen any good news for years.

Now that BTJ has begun a 30 day prayer for Syria – the leader of ISIS dies?

As far as I know, al-Baghdadi did not come to Christ, but who knows?  However, the world has come together and prayed for the last 10 days and it seems that al-Baghdadi is now gone and we can now pray for things to get better in his absence.

“Praise be to the Lord, the God of Israel,
because he has come to his people and redeemed them.
He has raised up a horn of salvation for us
in the house of his servant David
(as he said through his holy prophets of long ago),
salvation from our enemies
and from the hand of all who hate us—
to show mercy to our ancestors
and to remember his holy covenant,
the oath he swore to our father Abraham:

to rescue us from the hand of our enemies,
and to enable us to serve him without fear
in holiness and righteousness before him all our days.