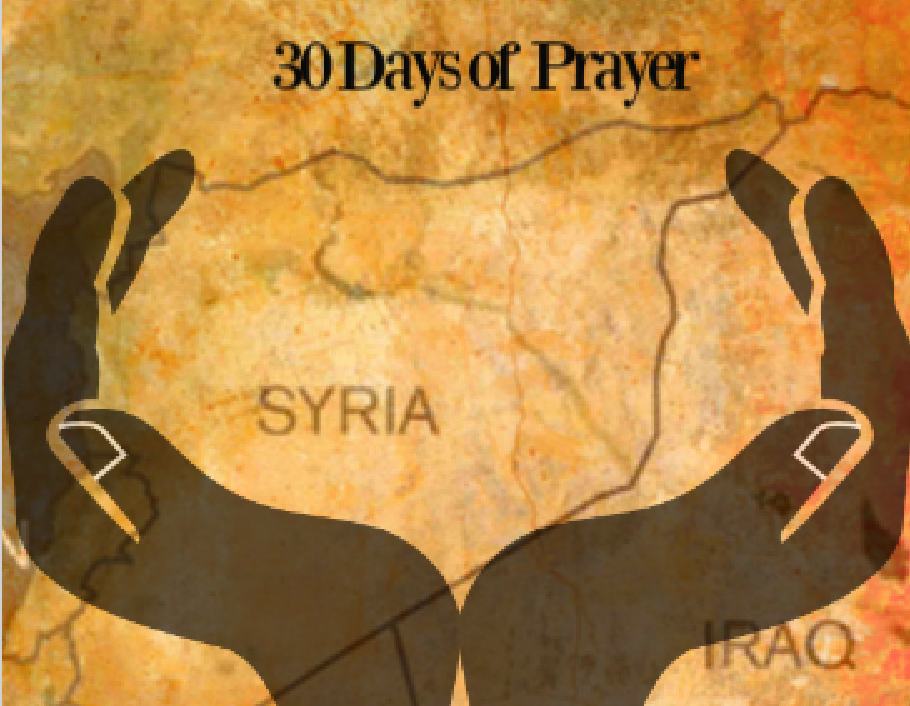 BTJ is starting 30 Days of prayer for Syria.

This will NOT be a normal 30 days of prayer.  It will be broken up into three phases of prayer of 10 days per phase.

Few places in the world are like Syria. The war in Syria has been in the news and Christians are wondering what to do, how to help, and how to pray. With the recent decision to disengage troops by US President Donald Trump, the world has seen a large scale invasion by Turkey. Tanks driving into Syrian cities, bombs blowing up all over the place, and refugees running for their lives feels like the world is reliving the horrible nightmare that brought so many war-torn victims to Europe and America seeking shelter.

The violence in Syria involves so many major nations – USA, Iran, Israel, China, Russia, Turkey, Iraq – that one cannot help but be reminded of biblical prophecies found in Isaiah and Jeremiah. Christian naturally start to think of Syria in terms of the last days and the Armageddon.

When we think of Syria or see it in the news, it is always associated with suffering, war, Islam, and mass carnage, but Syria is more than that. Syria is written about throughout the Bible, both Old and New Testaments. The Syrians trace their origins to Noah and the Christians in Syria trace their roots to the disciples of Jesus. In fact, many of the Syrian Christians still speak the same language that the disciples spoke when they first brought the Good News to Syria.

Many of the people in Syria would like nothing more than to choose another way of life. That is why they are fleeing to Christian nations, but if the Syrian people are to ever experience peace again, it will not be with the sword of Islam, but in the Truth of God’s Word.

I am not going to lie to you. This is the kind of prayer that takes you outside of yourself and leaves you exhausted and drained. This prayer can leaves us unplugged and render us temporarily useless to the world around us. It can be poetic, jumbled, passionate, tired, rewarding, unrewarding, and raw unintelligible groans all at the same time.

But you don’t have time, right? You have a wife, husband, kids, soccer games, and one of the busiest jobs ever – right?

The people in Syria need our help. They need our prayers. Only prayer with absolute abandon will do. Abandonment of ambitions, health, and self-recognition will be the only kind of prayer to break the darkness that is currently invading Syria.

This 30 Days of Prayer for Syria will consist of vital information collected by Back to Jerusalem over the last fifteen years that will help give insight for strategic prayer so that you can pray with purpose.

To help strategically pray, this online prayer guide will be posted every day for the next 30 days and will be broken into three parts.

we identify the parts of Syrian culture and history that the enemy has used to shackle the people with poverty and pain.

we will share amazing testimonies that will bring hope as you pray.

we will open up the secret doors of ministry that are currently taking place inside Syria and how you can be involved.

Each day of prayer will only take five minutes to read through, but your continuous prayer throughout the day for the entire 30 days is essential.

Syria is considered to be officially closed to the Gospel but there are open doors. We believe that the day is coming when the spiritual strongholds in Syria will be defeated, but in order to see that, the Body of Christ needs to pray; pray like never before.