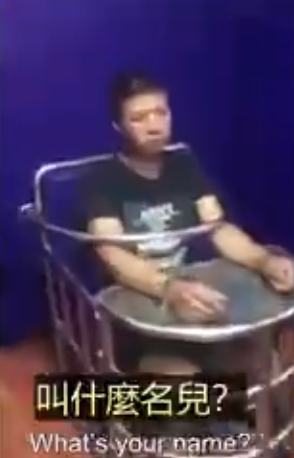 BREAKING NEWS: China is working with the United Nations to implement new facial recognition and surveillance standards, according to leaked documents obtained by Financial Times. (https://www.ft.com/content/c3555a3c-0d3e-11ea-b2d6-9bf4d1957a67)

The ITU initiative in the UN, which comprises nearly 200 member states, are commonly adopted as policy by developing nations in Africa, the Middle East and Asia, where the Chinese government has agreed to supply infrastructure and surveillance tech under its “Belt and Road Initiative.”

Poor nations that want resources from China are more than willing to allow Beijing to take the lead to develop the very technology that has allowed the Communist Party to monitory the movement and activity of underground churches in China.

The Chinese companies that are involved in the UN communications program are obligated by law to submit their plans and data to the government upon request.

China is also turning every phone into a monitoring device.

In September, China issued a requirement to all telecom operators to collect face scans when registering new phone users.

So when you buy a new phone in China, you will be required to scan your face so that it can be attached to your phone in order to have more accurate monitoring by the Chinese government.

China is already using the monitoring devices to track down and persecute anyone that says things that they do not like.

On December 2nd, a video was posted online by www.infowars.com that showed a man strapped in a metal chair where he was interrogated and disciplined for an unknown amount of time for simply posting unfavorable content about the police.

He posted the comments anonymously, but because of the increased sophistication of China’s monitoring system, the man was quickly identified and arrested.  He was then placed in a chair that looked like a mid-evil torture device and interrogated.

Christians who have shared unfavorable information on social media have been blocked from using the Internet, renting apartments, getting jobs, flying on airplanes, obtaining passports, sending their children to university or traveling on public trains.

Now China is helping to write the standards, make the law, and build the infrastructure for the United Nations to do the same?

This does not not seem like the best idea.

This is just one of the reasons why BTJ has hosted a BTJ Hacker’s conference. New efforts have been initiated to work around these new barriers in the 10/40 Window.

The next BTJ hackers conference will take place in January 2020.