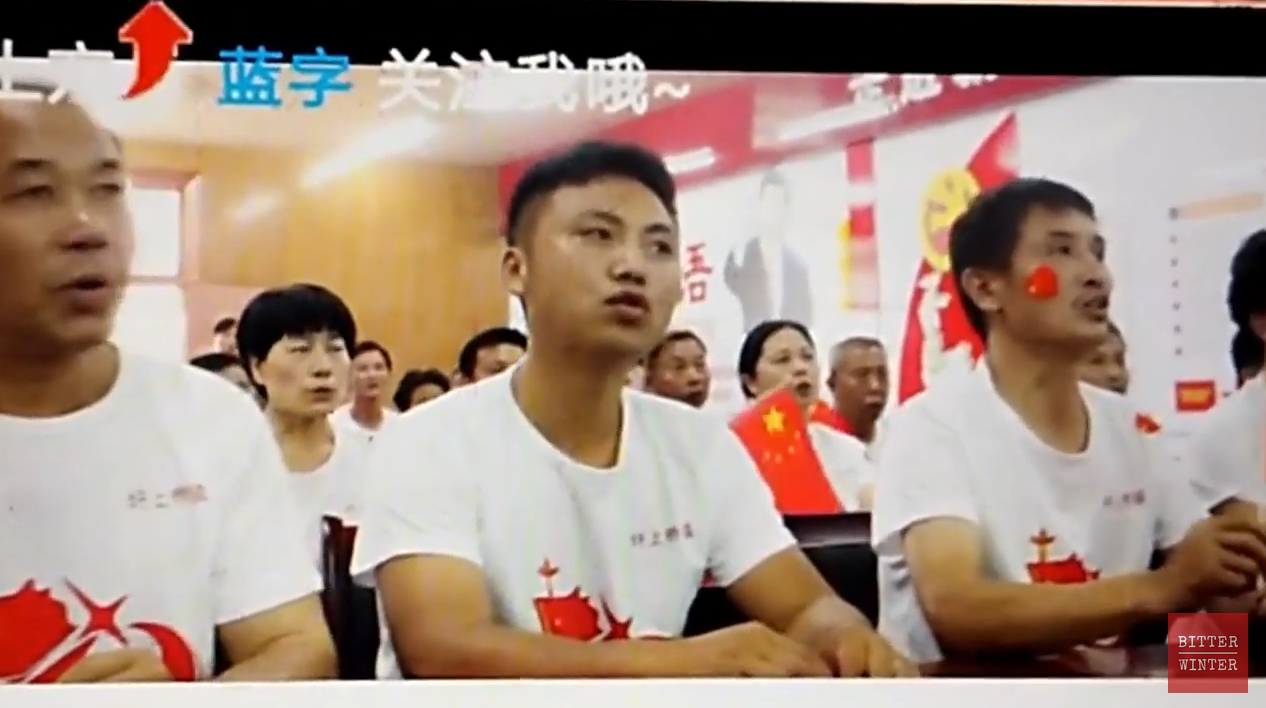 Are Christians being forced into re-education camps? A very disturbing video has been released of a church in Jiangxi Province, that would suggest so.

A newly released video, provided by Bitter Winter, shows a former church building in Jiangxi Province’s Fuzhou city that has been forcefully converted to a patriotic training center. It looks a lot like the re-education camps in Xinjiang Province where more than a million people are being forcefully held.  The video provided by Bitter Winter is only a condensed version of the original video.

The newly released video features the largest Protestant church in the area that has been “successfully turned” into what is now termed as a ‘civilization practice station.’ The term ‘civilization practice station’ has not been clearly defined by the government, but from the video, it looks like a re-education camp where Christians are forced to learn the history of Communism, Marxism, and Atheist thought in China.

Former registered members of the Protestant church are given uniform shirts that display images of unity. The Chinese flag is painted on some of the faces of the attendees (it is not known if this is mandatory or not), and songs of patriotism are sung instead of Christian worship songs.

Civilization Practice Stations and re-education camps in Xinjiang is part of a new policy in China that was introduced to the People’s Congress on March 11, 2018 and is called Xi Jinping’s Thought on Socialism with Chinese Characteristics for a New Era, or simply New Era Policy. The New Era Policy has been officially adopted into the Constitution of the People’s Republic of China.

Universities have established research institutes for the New Era policy and how it should be incorporated into all aspects of daily life.  Universities hand out certificates for studying the new policy. 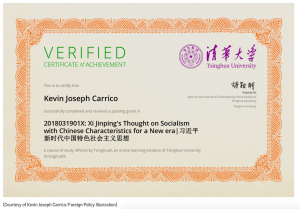 On November 27 2019, China’s top filmmakers, actors, and pop stars were gathered for a day in Hangzhou to study the New Era Policies. An app has been released by Alibaba called ‘Xuexi Qiangguo’, to allow people to study the new policy.

According to the newly released video, after a month’s work on the church in Jiangsu, the congregation members were registered and transformed, ”according to the film’s narrator, adding that “more and more believers are now being transformed into practitioners” of civilization stations.

The new video even shows several Christians that have been “successfully transformed through education.”

“I can’t be separated from my country for a moment,” said one former member of the church.

The video shares how people turn to religion because they live “a monotonous cultural life,” and are taught to blindly follow ancient superstitions, but how this can be counter-balanced by organized government activity and ‘civilized’ practices.

The primary aim of the Civilization Practice Stations is to lead people to abandon Christian teachings and embrace the beliefs of Communism. 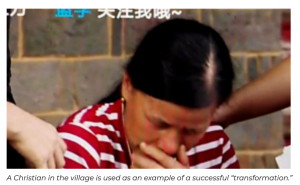 Testimonies of successful conversions are shared, like the woman pictured above. She was poverty-stricken and turned to the church for help in hard times, but her life didn’t improve until the local government gave her welfare, which gave her the “courage and impetus to move on.”

Re-education camps are not new. In his book, I STAND WITH CHRIST, Pastor Zhang Rongliang shares about the day he was sent to “Satan’s Camp” which was a re-education camp for Christians. He arrived in May of 1974 and said this:

I’m glad I didn’t know then what I would soon come to learn. The classes that I was told to attend were not academic courses with lectures and a test at the end of the semester. I was heading into the mouth of the dragon. I was walking into the darkest dungeon that I had ever experienced in all my life.

We were at the point of no return. Everyone around us had been trained to brainwash us.

The classes soon became known among the Christians as “Satan’s Camp.” I would be repressed, starved, and tortured; I would suffer from diseases that I had never even heard of. The “classes” were meant to either change me or kill me, and the atmosphere was little better than that of a Holocaust-era concentration camp. The shadow of death lingered over us like a vulture, and we were intimidated by the ever-present reality that our lives held little value in the government’s eyes.

The picture that was shown to the rest of the world of Pastor Zhang’s experience at Satan’s Camp was not much different than what we are seeing today from the Civilization Practice Stations.