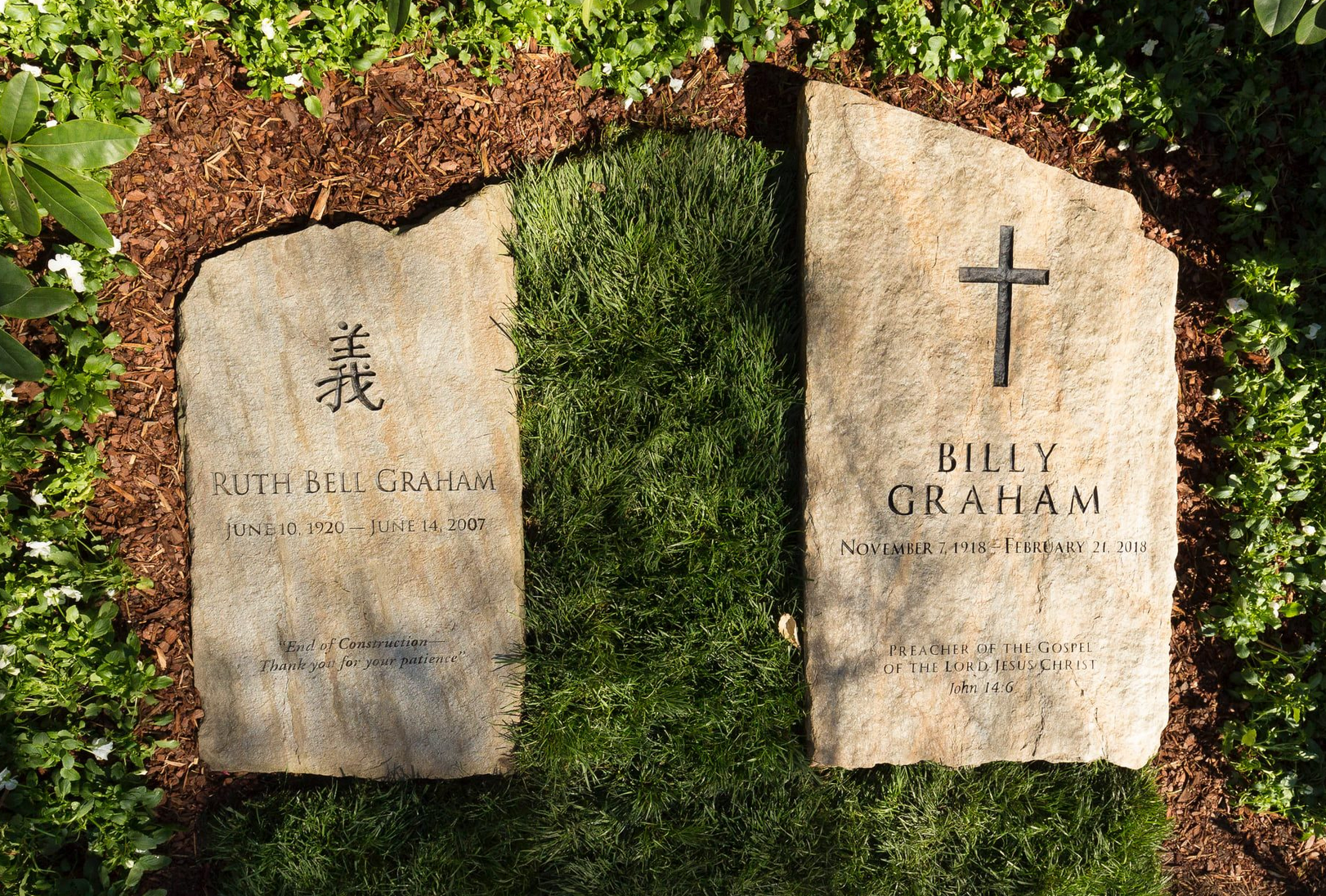 The Billy Graham Library is the number one destination in Charlotte, North Carolina. Almost a quarter of a million people visit the library every year and go on the ‘faith tour’ to journey through the history of one of the most influential Christian voices of the 20th century.

Many visitors are perplexed when they visit the grave site of Billy Graham, who is buried next to his wife Ruth (picture taken from Franklin Graham’s social media page).  Above Billy’s name on the grave is a cross, but above Ruth’s name on her grave is a Chinese character. Few people know the story behind that character, but it is in fact one of the most treasured Chinese characters for Christians in China.

Billy Graham’s wife, Ruth Bell, was born in Jiansu, China, to Chinese missionaries during a time when China was extremely poor. Her mother and father were well known medical missionaries and served in China for more than 25 years. Ruth grew up there and developed a passion for the nation of China. She had a deep vision of one day serving as a missionary in Tibet.

At the age of 13, she was sent to North Korea to attend secondary school in Pyongyang. Most believers don’t know that Pyongyang, the current capital city of North Korea, used to have so many missionaries and Christian believers that it was often referred to as the “Jerusalem of the East.” After Ruth Bell graduated high school, she was sent to the United States for university, but not before making it known that she wanted to return again as a missionary.

The Second World War, and eventually the Communist revolution, kept Ruth and her parents from ever living in China again, but from her grave stone it is evident that she kept the Chinese people in her heart until the very end of her life.

Ruth, with her grave stone, shares this message of righteousness with hundreds of thousands of people every year. Many westerners might not understand the connection right away, but any Chinese visitors to the Billy Graham Library will right away understand the significance of this character.

It is a beautiful testimony of Ruth’s heart for the nation of China and the Chinese people, who her family served so diligently.

If you would like to read about Ruth’s family experience in China, a special book, Foreign Devil In China, can be purchased by clicking here.