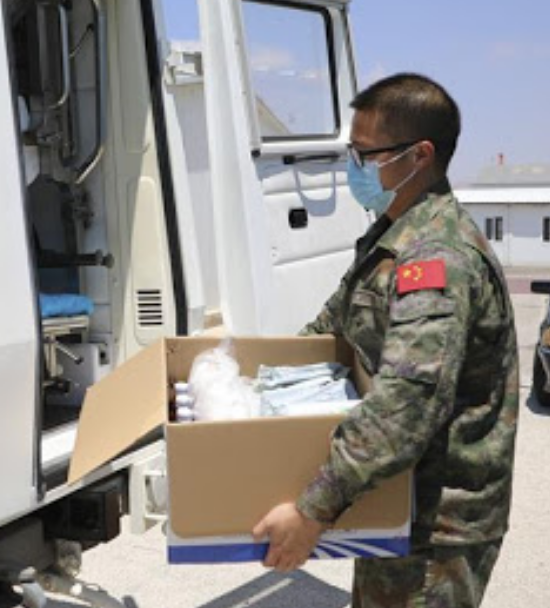 China has a growing number of expats working in the Middle East who have never heard of the Chinese underground house church vision, ‘Back to Jerusalem’. Most of them are not Christian and have traveled to the Middle East, not to preach the Gospel, but with the hopes of getting rich as business men abroad. Unfortunately, many have found life as an expat tougher and emptier than they expected.

Yesterday, as BTJ missionaries used their networks to move resources to Lebanon, several Chinese businessmen grew curious about the effort. For them, it is a strange new thing to see Chinese involved in humanitarian efforts. When the Chinese expats heard about the vision of Back to Jerusalem from Chinese Christians they too wanted to be part of the effort and committed their own money and resources to helping.

This is a huge blessing for the BTJ effort; the resources of the Chinese expat community in Lebanon is extensive. The Chinese have security in Lebanon because of the Chinese military unit stationed in the south. They have medical support with the humanitarian teams that have just arrived, as well as the Chinese Field Hospital at the UNIFIL headquarters, north of Marjeyoun.

They have enormous business and government connections with the One Belt One Road Investments which China made just this year. This included China building a highway linking Beirut to Damascus, Chinese owned and operated solar power plants that will generate electricity at affordable rates, a Chinese cultural center, and a brand new agreement promising a “wider platform for cultural exchange and mutual learning between the two countries.”

We have seen God move in this way before among the Chinese expat community, where individuals have left China and moved to the Middle East for business opportunities and found Jesus in the process. Once they become followers of Jesus, they quickly find themselves using their life in the Middle East as a way to serve the BTJ vision and complete the Great Commission.

BTJ has been working in Lebanon for several years – providing support and feeding the hungry. What most people do not know is that Lebanon was in a crisis long before the explosion.

“The situation in Lebanon has been bad for a long time,” reported the BTJ partner inside of Lebanon. “The price of food has been going up and the people do not have any money. Two things are needed right now – bread for their body and Bread for their life.”

In the aftermath of the blast in Beirut, BTJ has responded by providing emergency care packages to those in need. We feel that it is our duty to not just preach the Good News with words alone, but to show the people that Christians are ready to help in even the most dire situations.  With the help of Chinese expats, the work can be done for much longer and have an even greater impact.

Through the support of BTJ Gatekeepers, BTJ is responding today with immediate aid. To become a GateKeeper to help during this time of trouble, click here.