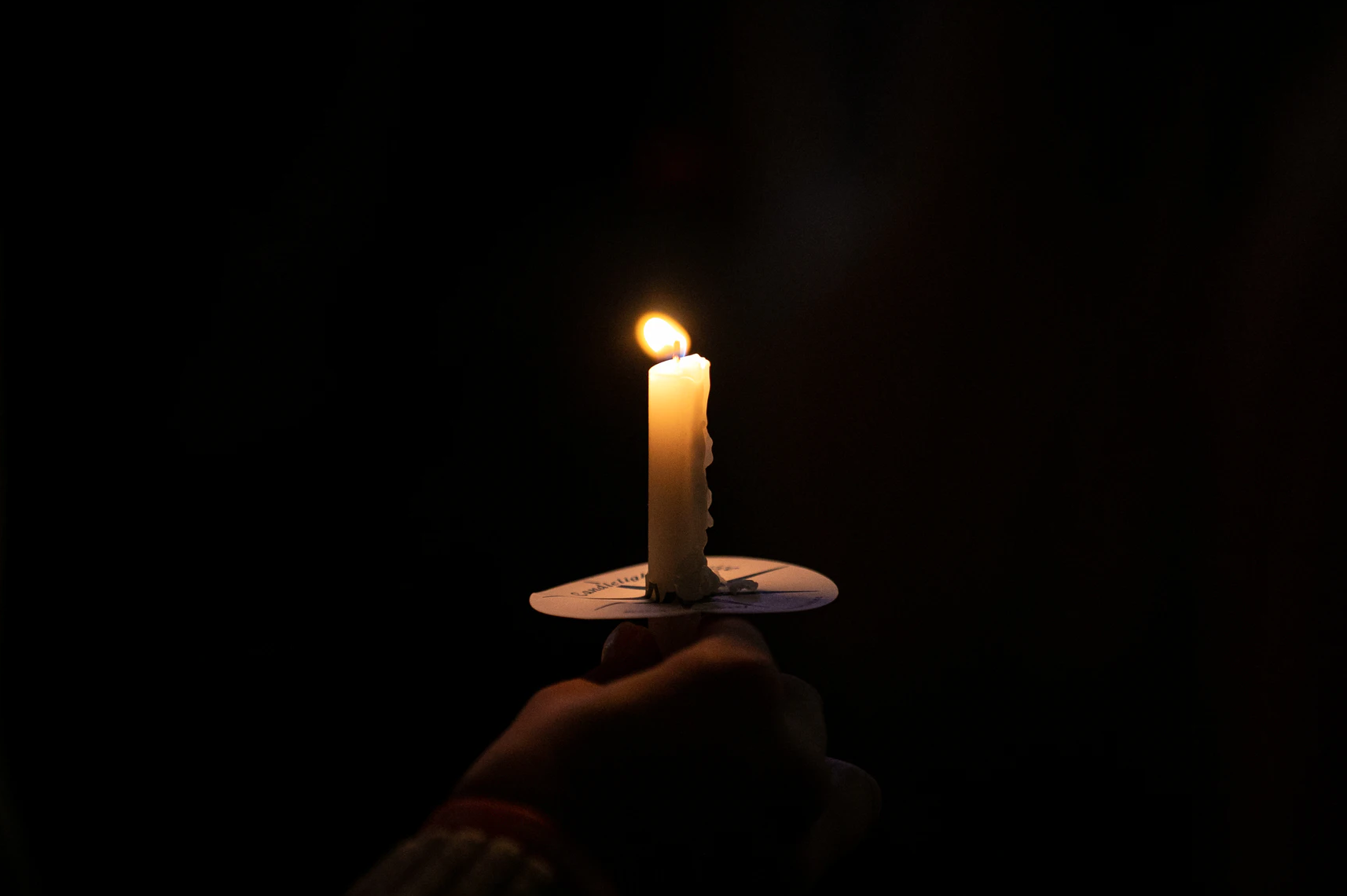 Tonight is one of the darkest nights of the year. Three days ago was the official winter solstice, marking the time when the south pole was most tilted to the sun and the northern hemisphere received the least amount of daylight.

In the lands north of the arctic circle, the sun will not rise today – it will stay dark the entire day.

For many families around the world, 2021 has felt like one very long dark night with no hope in sight. The darkness of fear has taken a grip on the entire world. Nations have closed their borders, churches have closed their doors, families have even cut off relationships and canceled family dinners due to the fear of a worldwide pandemic.

In 2020, citizens were told that it would take two weeks to “flatten the curve,” but that two weeks transformed into one long dark night that has lasted almost two years.

Perhaps this is one of the reasons why the early Christians decided to prepare celebrations for the birth of Jesus on the evening of December 24th. We don’t know exactly when Jesus was born, but we are pretty certain that He was likely not born on December 25th. Yet, it is this period immediately following winter solstice that we celebrate the greatest gift the world has ever known.

Prior to the rise of Christianity, much of the pagan world recognized the end of the long dark winter solstice and celebrated the coming of the light. Wide-sweeping revivals swept westward from Jerusalem transforming the cultures in Asia Minor, Europe, and Africa. Not only were the people converted, but their celebrations changed too.

Christmas marks the end of the long dark night and the beginning of the days getting longer and lighter. Christmas Eve is a time to remember that the night will give way to the Son and the Light will grow throughout the earth. The change can be observed as the sun travels from East to West, and the time between sunrise and sunset grows longer and longer.

Christmas is a time for Christians around the world to remember the hope of Light even during the darkness of night. We can rejoice that a Son has been given and a child was born to take away the darkness of the world.

To remember this special evening tonight, Back to Jerusalem would like to make special Christmas music available to you from the underground house church in China.

The church in China has known many dark years where the light has been hidden, but they have always maintained the promise of the Light of the world that is promised in the Word of God. The Christmas music that you will find here was not recorded in a studio with special equipment. The believers in China have always made do with basic instruments and relied on powerful voices to help lead the congregation in praise and worship. It is not the sound you are used to, but it is the sound of true worship from the land of China.

This special Christmas music was recorded so that you can understand the persecuted church in China better. It is our hope that this album would open your heart to understanding the challenges and the constraints the church have faced, yet have overcome over the years, and be blessed by their pure love for Christ during the darkest of nights.

It is also our hope that you will join together with the Chinese church in rejoicing for the breaking of the night, the coming of the Light, and the salvation found in the promised birth of our Messiah!