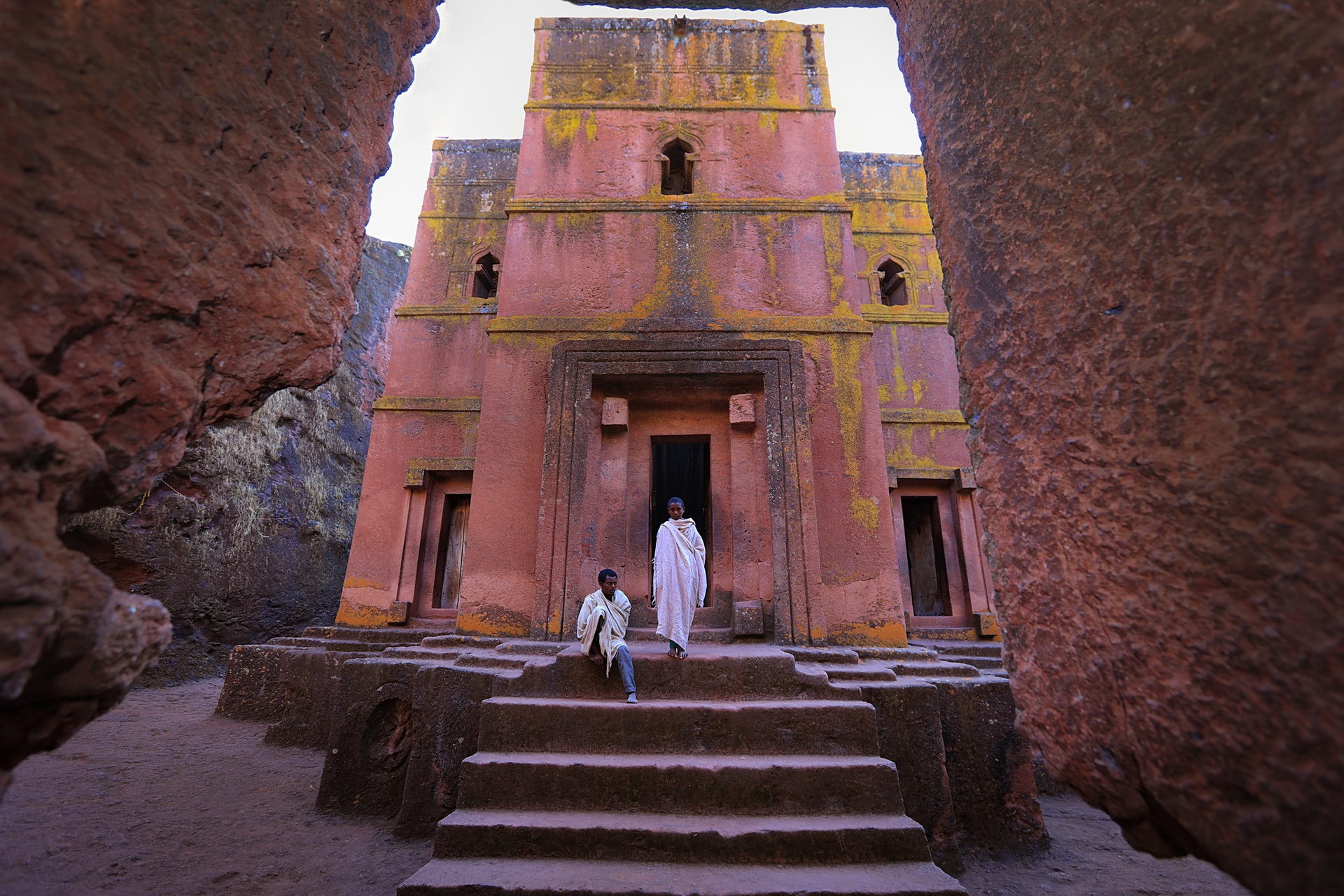 A few months ago, we reported on the humanitarian disaster and destruction of ancient Christian heritage in Ethiopia. The Ethiopian army together with Eritrean forces had invaded the northern region of Tigray. Reports of mass murder, mass rape, ethnic cleansing and man-made famine were coming out of Tigray, fuelling grave concerns for the population. Precious and unique Christian churches, monasteries and monuments were destroyed and looted, which is a grave loss for the church, not only in Ethiopia, but worldwide.

Recently, the tables have turned. The Tigray People’s Liberation Front (TPLF) is hitting back and has recaptured the capital of the region. They are now pushing beyond Tigray, moving into neighbouring Amhara. Today, it was reported they have taken the ancient city of Lalibela.

If you have followed Eugene Bach’s Chasing Revival videos, you will have seen the amazing churches of Lalibela. They date back to the 12th century and are carved out in the mountains. Even from a short distance, you can’t see them. They are beneath your feet. They were built as a place of pilgrimage, diverting pilgrims setting out for Jerusalem. This was a dangerous journey and pilgrims often did not return. Lalibela was meant to be a second Jerusalem. And it is still a place where hundreds of thousands gather to worship on special days.

The town of Lalibela fell without a fight. Government forces had retreated before the Tigray army moved in. The US has already called on the TPLF to protect the UNESCO world heritage site. For now, it seems the churches may be safe. However, much of the population has fled, especially the men, leaving the city mostly to the women and children. What will happen to them? Without protection, their fate could be grim. People have reason to be scared. Will the Tigray fighters take revenge for what was done to them?

The other concern is that the government army, perhaps again with assistance from Eritrea, will attempt to retake the city by force. No one knows how much destruction that could cause.

While visiting Lalibela and the holy sites in Tigray, I was impressed by how the faith had withstood the centuries of Muslim invasions and untold disasters. The faith of the Ethiopians was like the churches: hard as rock, immovable, the traditions solid and kept safe in hidden places. It was stunning.

Yet, it is deeply tragic that in this majority Christian nation such violence between people groups can erupt. The rock churches are a monument to the strength and endurance of the faith, and I hope with all my heart they will remain for the next generation. But rocks are dead. The church needs the life of the Spirit to blow through it, so that peace, forgiveness, reconciliation and unity can become reality for the nation of Ethiopia. May God have mercy and bring peace and renewal to the people and the church of Ethiopia.