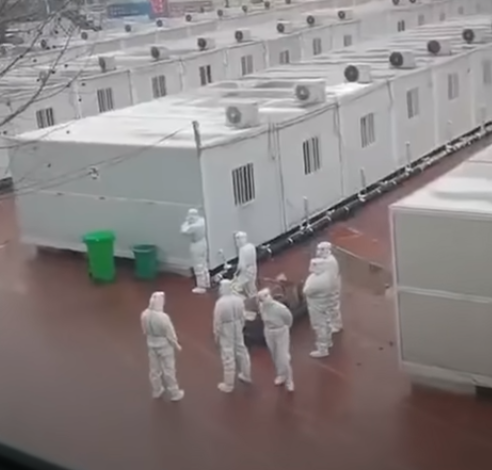 China’s extreme Covid-19 measures are being used to control more than just the population. Now, it is being used to detain diplomats and possibly gain secret intelligence.

U.S. Congress members are ringing the bell over China’s detention of 16 diplomats and their families. China’s Foreign Ministry spokesperson, Mao Ning, refuted the congressional complaints repeating the same words that many have used throughout the pandemic saying China “adopts a science-based and effective epidemic prevention protocol for both Chinese and foreigners coming to China without discrimination.”

US Congressional members James Comer and Michael T. McCaul are reacting to the reports of the U.S. Embassy officials in Beijing that 16 U.S. diplomats and their family members — throughout the pandemic — “have been involuntarily held in quarantine camps and subjected to strict confinement measures with no definitive release date,” their letter stated.

Like tens of thousands of Chinese, they are essentially in jail. The US Congressional members are concerned that China is using Covid-19 to detain diplomats and extract information. According to the Congressional complaint, the US is “concerned that U.S diplomats could be or have been pressured to surrender intelligence while detained in PRC quarantine camps.”

China’s detention facilities seem to be used for control and detention, a tactic the underground house church is all too familiar with.

On top of the quarantine facility, China just arrested 1.43 million Chinese in less than 100 days – one of the largest criminal sweeps in the world! The three-month security campaign comes ahead of the Party’s national meeting where President Xi is expected to be selected again – the first time that this has been allowed since the days of Mao Zedong.

Not everyone who has been put in the quarantine camps were sick and not everyone who was arrested was a criminal. Many so-called suspects were simply ordinary Chinese citizens, such as dissidents, activists, and Christians.