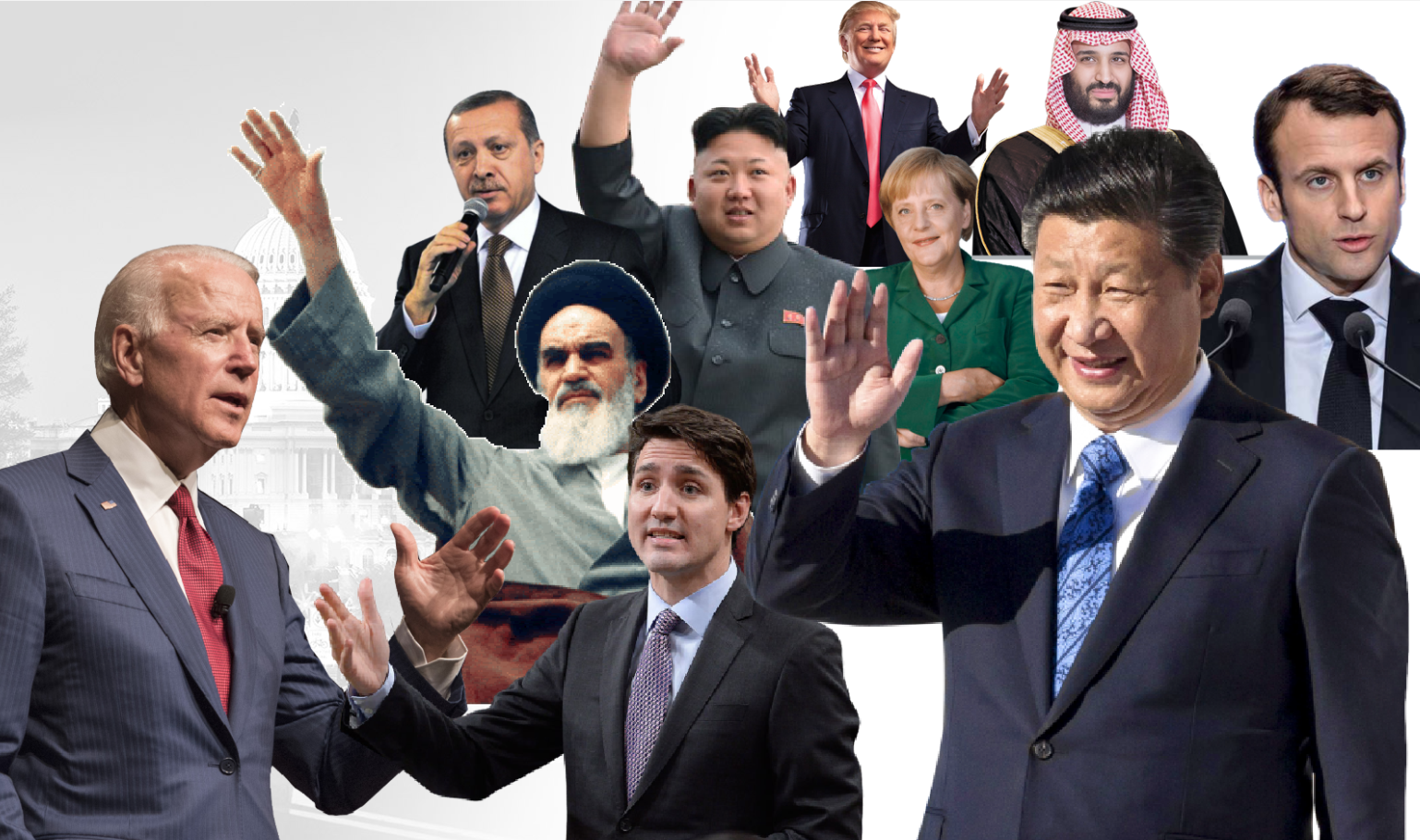 As soon as Pastor Zhang Rongliang was released from prison, I secretly traveled to Zhengzhou to meet with him in an old shabby Chinese hotel room. I didn’t know what to expect when I saw him. I had heard that his diabetes was bad and left untreated during the years that he was in prison. I also heard from his wife that he had suffered a major stroke. At his age of almost 70, I half expected to see a skeleton of a man.

Instead, I was completely surprised when I walked into the room and saw a spry, vibrant man who showed no signs of aging at all! His mind was quick, his face shined with youth, and his thick full head of hair was as black as coal without a stitch of grey.

Immediately he asked me to get on my knees in the hotel room and pray together. Before I could ask about his health or before I got to ask him about his time in prison – he wanted to go before the Lord.

I was confused. Pastor Zhang had just unfairly spent several years in prison for nothing more than refusing to deny his faith. The Chinese government saw him as the enemy. He had spent half his life in and out of prison, being beaten and tortured, and his family suffered because of the Chinese government. How could he possibly be praying for their blessing? I was writing his biography, I Stand With Christ, and we both knew that the government could persecute him more once the book was released.

As an American Christian and former member of the US military, I strongly believed that the righteous people of God should actively resist an evil government, overthrow an unfair regime, and establish a democratic system where the voice of the church could be heard. In my mind, the Chinese government represented everything a Christian should fight against.

Pastor Zhang, the pastor of a church of more than ten million believers, praying for a government that actively persecuted Christians was honestly hard for me to hear.

He was not alone. On a different night, in a hotel room in Southern California, I got on my knees with another pastor to pray. His name was Peter Xu. He was the pastor of one of the largest underground house churches in China and is considered to be the “Billy Graham” of China. Again, I was shocked when I heard him cry out for a blessing over the leadership in China.

I was later with Pastor Xu at a church in Knoxville, Tennessee, when he explained that Christians should not grow weary or afraid when the government does not support the church. He said that the government has nothing to do with the church’s duty to complete the Great Commission. “God has used persecution and suffering to refine His church in China, to provide training for the believers in China, to complete the Great Commission all the way back to Jerusalem.”

Pastor Shen Xiaoming is of the same heart. He is the pastor of China Gospel Fellowship: considered to be one of the largest denominations in the world with over ten million believers. I lived with Pastor Shen on and off over a period of two years as I wrote his biography, Kidnapped by a Cult.

Each time I prayed with him, he prayed for the leaders in China. Pastor Shen is handicapped from a childhood disease, but that did not keep the government from torturing him over and over throughout his entire life. I will never forget the words that he said to me in reference to persecution in China. “Pain brings repentance, and I am not done repenting,” he said. “Brokenness ushers in revival, and oh, how I hunger for more revival. This temporal world can offer nothing to me anymore. It is the eternal flame of the Holy Spirit that brings everlasting joy and satisfaction.”

He continued on, describing the exact mindset as those who have told me of the early sufferings of Pastor Jing, Mark Ma, Simon Zhao, Mecca Zhao, and Grace Ho when he said, “God announced His calling to us through persecution and trials. He spoke to us and revealed Himself to us during our most trying times. My heart aches for the new generation in China if they do not have the same opportunities to see the hand of God move in their lives during trying times.”

Pastor Shen is under constant police observation. The government knows he is a pastor and they try to keep him from causing too much trouble. The sheer size of Pastor Shen’s ten-million-member church is a testimony that the government persecution could not stop the Gospel message. Pastor Shen told me of one conversation he had with a police officer from Tanghe County. “He was in a jovial mood, and he jokingly said to me, ‘You know, you should actually thank us. If it were not for us, you would not be so well known. We made you famous!’ We laughed together and then I responded, “It is true! If it were not for you I would still be just another handicapped man living in a small village in Tanghe County. You chased me and put posters up about me and that pushed me into big cities all over China. You know, if you keep chasing me and persecuting me, you might just push me out of China and make me famous all over the world! Right?’ We both laughed at the irony. It was funny because it was true.”

Our Commission from Christ is not to fight against flesh and blood or to establish earthly governments. Our Commission is to reach the hearts of men, make disciples and preach the Good News to every tribe and tongue.

Is there something that we can learn from the Chinese church during this time of political and economic turmoil in the West? Is it profitable for the church to prioritize a political revival before we have a spiritual one?

Is the disparity of today’s politics bringing doubt and fear into the church when it should be driving our focus to see revival? Do we spend so much time attempting to avoid a coming wave of persecution that we retard its life pruning process?

In 2017, while meeting with churches in the US, we had a small, private pastors meeting not far from Kansas City, Missouri. It was a roundtable discussion where one pastor asked, “Brother Yun, we have heard so much about the persecution of the Chinese. On the news we have seen that the Chinese government has torn down several thousand crosses. What is the church doing to stop this?”

Without blinking Brother Yun smiled and said, “I am not worried one bit that the Chinese government have been ripping the crosses down from the buildings in China.”

“You’re not?” the pastor said, clearly as confused as I was at Brother Yun’s response.

“Naaahhhhh,” Brother Yun replied. “The crosses never should have been on those buildings in the first place. Jesus told us that we are to carry the cross every day. The cross belongs on our backs. We have gotten lazy and placed it on a building in hopes that the building would hold the burden of the cross for us. The government has pulled the crosses down so that Christians can once again carry their own crosses.”

“But what about the churches the government has been destroying? This must be disturbing to you as the government destroys thousands of church buildings throughout China, right?” The pastor was clearly more perturbed by the persecution against the Chinese church in China than Brother Yun was.

“This does not bother us in China. Why should it? It is only a building. We are the church. Our vision in China is to see so many Muslims come to the Lord that the mosques will be transformed into meeting places for the churches. Our prayer is that we will see so many Buddhists come to Christ on our way back to Jerusalem that the Buddhist temples will be transformed into revival centers for Christians. Let’s not use the resources of the Christians to build new buildings for the Body; let’s repurpose the resources the enemy has used, to facilitate the needs of the church.”

The hard lesson that I have learned in China from the precious believers of the underground house church is that our salvation is not in the government, so why cry when the leadership that we would like to see win is not given power? Why lose faith when the political process seems unfair? Isn’t it simply a constant reminder that this world is not our home?

Jesus never promised us a righteous government, but He did promise that we would be persecuted. He also compelled us to pray for our enemies and to love those who persecute us. The Chinese believers remind us that we need to pray for our leaders whether they like us or not.

On this day, perhaps it would do us good to remember that the Commission from Christ is not to fight against flesh and blood or to establish earthly governments. Our Commission is to reach the hearts of men, make disciples and preach the Good News to every tribe and tongue.