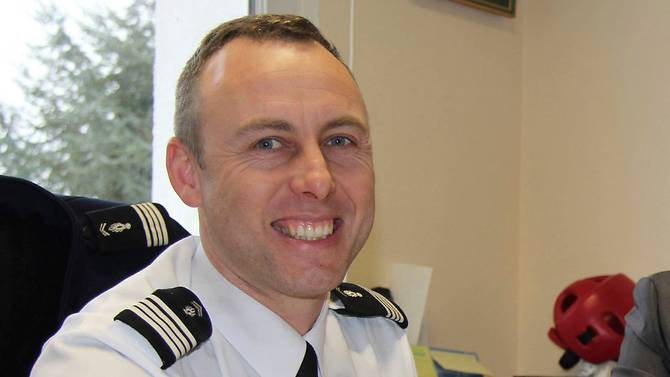 The soldiers of the Islamic State are self-proclaimed heroes. In their minds, they defy the Western forces of evil and sacrifice their lives to become a martyr for Islam. Last Friday, Redouane Lakdim, a 25 year-old French Moroccan, decided to do just that. He ended up with a bullet in his had on the floor of a supermarket, dragging four people into death with him.

It seemed his botched attempt at heroism was quickly overshadowed by a French policeman, Arnaud Beltrame, who volunteered to swap with one of the hostages and function as a human shield for Lakdim. It was clear from the beginning that there was a very real chance that he would not survive. But the woman whose place he took did survive. He placed himself in the power of evil, to release someone else from this power.

The Islamic ideal of a hero is based on the example of Muhammed. He was a clever warlord, who attacked caravans and cities and even committed genocide. Violence was how his message was spread. No wonder his most radical followers also believe the killing of defenseless people can be heroic, and is an ideal worth dying for.

The Christian ideal of a hero is based of what Jesus Christ did on Good Friday. Putting himself in the power of evil, to release others from that evil. Being the human shield against the judgement that humans deserved. He took our place.

That display of ultimate love is what has touched hearts and changed lives all throughout the world. Because deep in the human soul, this message rings true. It corresponds with what we really know love is. With what we long for and what we know this world needs.

On Friday, Arnaud Beltrame did what he knew was right. When we see an echo like this of the self-sacrificing love of God, it seems people temporarily wake up from their spiritual slumber. People of all believes and none, they suddenly  remember what a hero is, what love looks like, what kind of world they are longing for.

And there is Lakdim, to show the world exactly what we do not need. A god who demands the blood of innocents. Who reigns by fear and violence. Who sacrificed this deceived young man on the altar of hate.

May this Good Friday and Easter be a time when many Muslims and Atheists alike may be touched by the love of Jesus. He chose death, and conquered it, so that we might live.