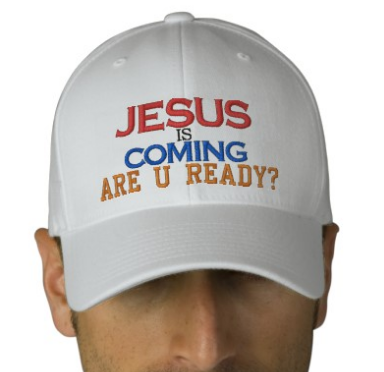 Have you ever lowered your head for prayer during a Sunday morning service only to catch yourself thinking about lunch?

I am ashamed to admit that this very thing regretfully happened to me in March in Topeka Kansas when I was together with a Chinese pastor who is a very close friend of mine. We were together in prayer and all I could think about was lunch.

After a time of praying together, we drove to Ling’s Cafe, a well known Chinese restaurant in Topeka and it was not a moment too soon. I was hungry. I knew that Joshua, an underground house church pastor from China, was hungry too. We had not had anything to eat since the day before.

All I could think about was sitting down and having an amazing Chinese meal. Ling’s Cafe in Topeka Kansas has one of the largest buffets that I have ever seen. Joshua and I live in China, so we know good Chinese food when we see it.

The waitress comes out to our table and offers to take our drink order. Her accent made it clear that she was Chinese, which caught Pastor Joshua’s attention right away.

“Pepsi!” I yelled out. I was eager to start eating. I didn’t have time to waste.

“And you sir?” The waitress asked Joshua in Chinese.

“Are you a Christian?” Joshua asked.

“They are asking you what you want to drink,” I jumped in to help Joshua move faster. I was eager to start eating. This was not the time to start small talk.

“Are you a Christian?” Pastor Joshua asked again.

“Tea? Hot tea?” I asked Joshua. The poor waitress was obviously confused. She was trying to take our order, but Joshua had something other than his stomach in mind.

After a minute or so, the waitress admitted that she was not a Christian. She was new to America and had only been in Kansas for a few weeks. She was from Henan Province, Joshua’s home province.

Joshua stopped thinking about natural food and began sharing the Bread of Life with the young Chinese waitress. In only a few minutes, the waitress became a believer.

A short time later, Joshua also shared the Good News with the owner of Ling’s Cafe. She immediately accepted Jesus Christ as her Lord and Savior. With customers lining up to be served, both the waitress and the owner got on their knees in the middle of the restaurant and began to pray with Pastor Joshua.

This month in October, I again traveled to Ling’s Cafe with Brother Yun. Brother Yun and Pastor Joshua are from the same province in China and are best friends.

I was again hungry and ready to eat. Prayer was the last thing on my mind, but again, Brother Yun was more interested in the spiritual well being of the restaurant staff.

When our waitress came out to serve us, she looked up and recognized me right away. This time Brother Yun came with Chinese Bibles that were kindly donated by a local BTJ Ambassador, a representative that supports BTJ.

Below, Brother Yun hands out Bibles to the restaurant staff.

This time, Brother Yun was able to spend time with both the waitress and the owner of the restaurant and pray with them. However, this time the cook came out to say hello to Brother Yun. They had no idea of who he is and had never heard of the Heavenly Man book. Within a short time, the cook confessed Jesus as his Lord and Savior.

The owner of the restaurant began to cry uncontrollably. She found it difficult to go back to work and serve the customers that wanted to enjoy their lunch.

However, while working with Brother Yun and the BTJ missionaries from China, I have learned that any division is created by me, not by God. Prayer is continual and evangelistic opportunities are everywhere. The hurting and the lost can only be reached when social barriers are broken down by Jesus freaks.

It was not socially acceptable for pastor Joshua to kneel down in the middle of the restaurant to lead two women to Christ, nor was it well mannered for Brother Yun to preach the Good News to the cook of Ling’s Cafe, but three people are now children of Christ because of their actions.

I did eventually get to eat an amazing Chinese meal…

Leave a reply to Eugene Click here to cancel the reply