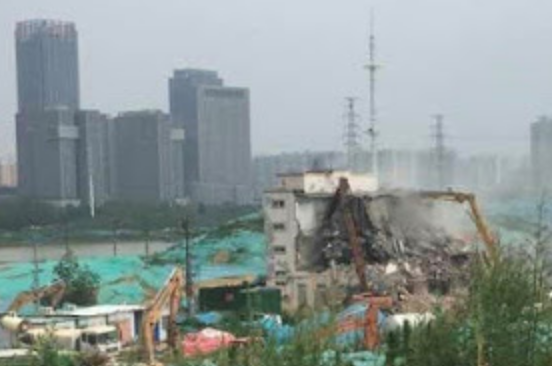 On June 12, nearly 200 officials from the Chinese communist government conducted a morning raid on an official church in Henan Province, according to recent reports.

Christians at the church during the raid were attacked and forcefully removed from the building. One man was arrested and two women were hospitalized, with one of the women in a coma-like state.

The Sunzhuang Church joined the government-approved Three-Self Patriotic Movement in June 2012, and requested authorization to construct a new church building. The church is named after the western district of Henan’s capital city of Zhengzhou. According to papers presented by the church, their church building was approved by the Zhengzhou government, but that did not stop the believers from being forced out during the raid.

The security detail, along with leaders from the Religious Affairs Bureau, emptied the church of all books, teaching materials, and furniture. Then, a demolition crew moved in and destroyed the building in a matter of hours.

Henan is one of the centers of Christian revival in China. BTJ currently has three autobiographies available (The Heavenly Man, I Stand with Christ, and Kidnapped by a Cult) from Christian leaders that played key roles in the revivals in Henan Province.

Today, as you attend your place of worship, please remember the Christians in China that continue to face persecution.