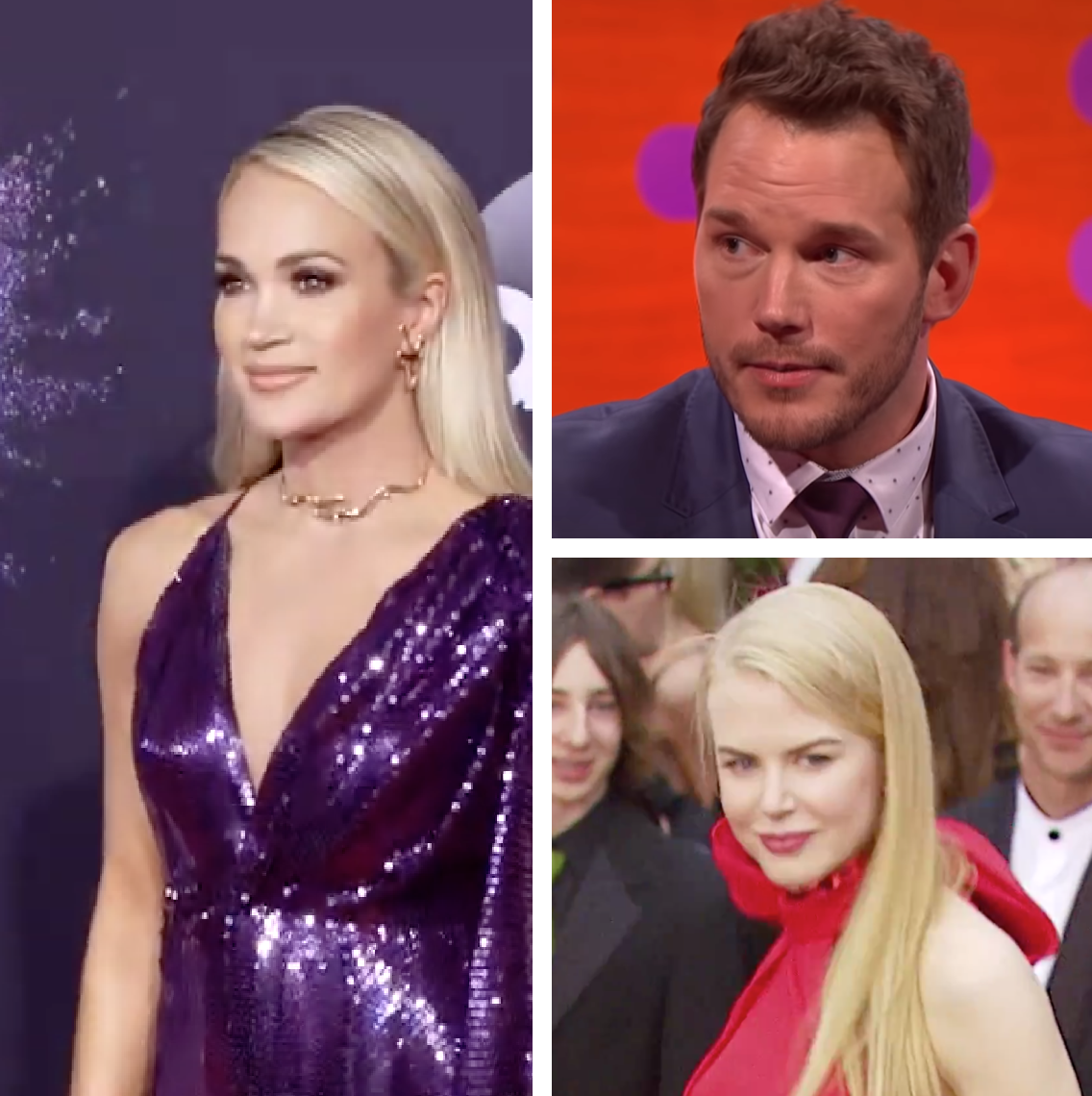 While Hollywood might be a cesspool of sin and debauchery, there are some famous actors, actresses, sports icons, and music megastars who might surprise you. A few famous people have surprisingly put their money where their faith is and have stepped out and taken mission trips to help those in need.

Here is a list of 10 famous people that you never knew took foreign mission trips: 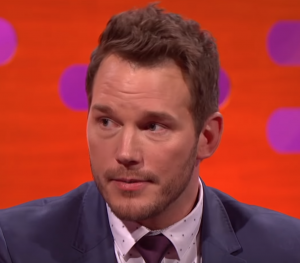 I was thoroughly entertained by this guy being a clown on the show Parks and Recreation, long before he became a household name for Jurassic Park and Guardians of the Galaxy.

As a teenager, Chris dropped out of community college to be a discount ticket salesman and daytime stripper – the prelude to every good Christian testimony.

Before hitting the big-time as a Hollywood star, Chris was a homeless drug-user living on the streets before becoming a Christian and working for the Christian missionary organization, Jews for Jesus. 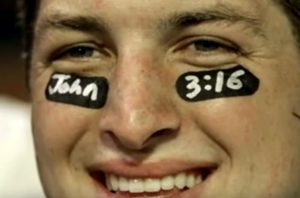 You don’t get more missionary-legit than Tim Tebow. He grew up as a missionary kid in the Philippines and is what is commonly known as a TCK. If you don’t know what TCK stands for – ask a missionary kid. They will know!

Because of this special connection, Tebow’s charitable organization often conducts missionary trips to orphanages, prisons and schools in the Philippines. Together with his parents, he started CURE Hospital in Davao, which opened in 2014 and has already provided treatment for thousands of Filipinos who are without healthcare. 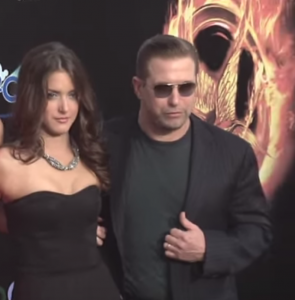 Stephen Baldwin and his brothers are icon staples in Hollywood. After living the ‘bad boy’ life, Stephen gave his heart to Christ in the early 2000s. Since then, Stephen has turned down several lucrative roles that didn’t match his new Christian faith and has, instead, taken a handful of more faith-based television and movie projects.

One of those films he did was a movie which told the true story of a missionary to India – Graham Staines. Stephen stepped into the shoes of missionary Graham Staines to share how he dedicated more than two decades of his life working with lepers in India. 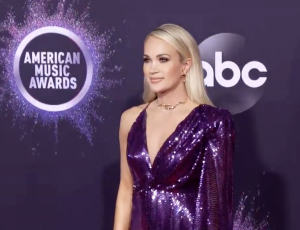 How can you be a country singer and not a Christian? Well, it is possible, but not for Carrie. Not only is she an open believer, professing her faith in Christ to others, but she also joins foreign mission trips to help spread the Gospel message.

In 2014, Carrie joined Danita’s Children: an NGO that provides aid for orphans and impoverished children in Haiti. The organization also built a church called The Hope for Haiti Worship Center. 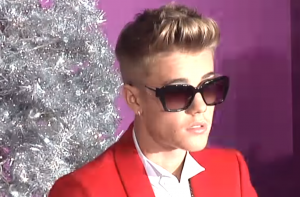 Ok, everyone has an opinion about the Christian faith of Justin Bieber, but he is ‘reportedly’ studying to be a minister. I don’t know for sure, but it is ‘reportedly’ true.

What we do know is that Justin did a missions trip that deserves recognition.

There is zero doubt that the prisoners were uplifted by his message. 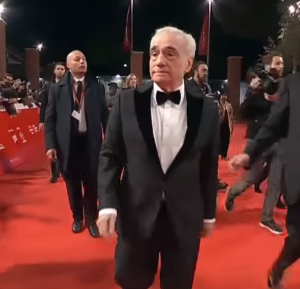 OK, so it wasn’t a mission trip per se, but it was a trip to share about missions and that counts. Right? Kind of?

Yea, I thought so too.

Martin Scorsese is known for movies that no good missionary would ever admit to watching, but Martin traveled to Japan to capture the essence of what it means to be a persecuted Christian with the house church and the struggles of being a missionary in an unreached country that is exceptionally cruel to believers.

Oh man, was it powerful! If you haven’t seen that movie, it is probably because you don’t love Jesus.

Few people know that Scorsese almost became a priest. Perhaps this movie was a confession of what he really would have liked to do with his life? 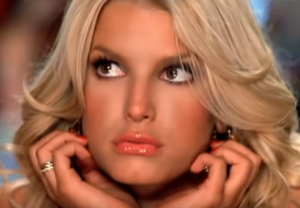 Jessica Simpson is not just another pretty face. When she was only 13, she said that she felt called into full-time ministry during a moving encounter with God at a church camp. Her father, Joe Simpson, was a radical Christian preacher at the time.

“I remember calling my parents on a pay phone and said ‘Dad? Mom? Guess what? I’ve been called into the ministry!’” She said as she recounted the event.

Jessica took a film crew to Uganda for the fourth episode of her project, The Price of Beauty. Jessica visits a small village of the Humi tribe and uses the opportunity to share the different struggles women around the world go through in an attempt to obtain beauty. 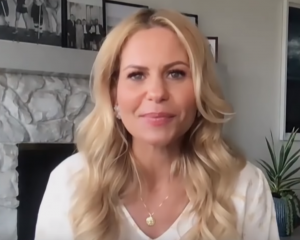 You might know her as DJ on Full House. I know her character well from when I was a child. I have three sisters who would not allow our television to be tuned into any other channel when Full House was on.

On August 21 2005, she wrote a special message about one of her mission trips to Africa. “I am going on a mission trip to Ghana, Africa, with 7 other people including Pastor Brad Butler and my mom, Barbara Cameron. We will be going to share the good news of Jesus Christ. Please pray for our trip.” 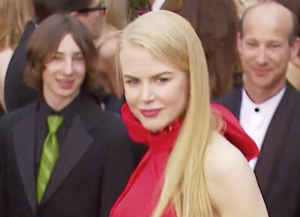 Australian-American actress, Nicole Kidman, has openly talked about her faith and has also revealed that she has been attacked for her faith. She, nonetheless, has said that church is an important part of her life and raising her children.

Nicole has also been on several mission trips, one of which included traveling to Kenya to stand up against violence against women. She spent time visiting Kenyatta Hospital and a rural school before helping launch an initiative by UNIFEM — the United Nations Development Fund for Women. Nicole has admitted that Hollywood had probably contributed to violence against women by portraying them as weak sex objects, but countered, “I can’t be responsible for all of Hollywood, but I can certainly be responsible for my own career.” 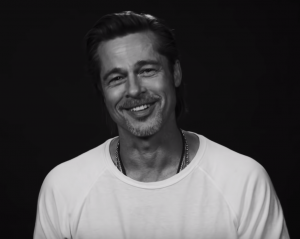 Ok, let’s be honest, there are not many Hollywood stars going on mission trips these days. It is an Abrahamic kind of struggle to find even 10 famous people to put on this list, as if I were looking in the cities of Soddom and Gomorra.

Even though Brad Pitt is not a believer in Jesus Christ – at least not yet – he did have a Christian upbringing that impacted him later in life. Brad gew up in a Baptist church, but his parents got baptized in the Holy Spirit.

“We grew up First Baptist, which is the cleaner, stricter, by-the-book Christianity,” Brad said, but “Then, when I was in high school, my folks jumped to a more charismatic movement, which got into speaking in tongues and raising your hands and some goofy-a** [insert non-Christian word for excrement here].”

He further admitted, “I’d go to Christian revivals and be moved by the Holy Spirit.”

Fast forward to November 2005 and Brad traveled to Pakistan to see the impact of the Kashmir earthquake. He has flown to Haiti to visit under-privileged children and help make their lives better. In 2007, he gave much of his earnings to three relief organizations in Chad and Darfur affected by the crisis in Sudan’s Darfur region. Together with his former wife Angelina, he adopted children from several third-world orphanages.

Even though he is no longer a Christian being baptized in the Spirit, it can be argued that he still has the residual effects of the fruit of the Spirit in his life.

And honestly, how shameful is it for us as Christians if non-beleivers are taking mission trips when we are not?