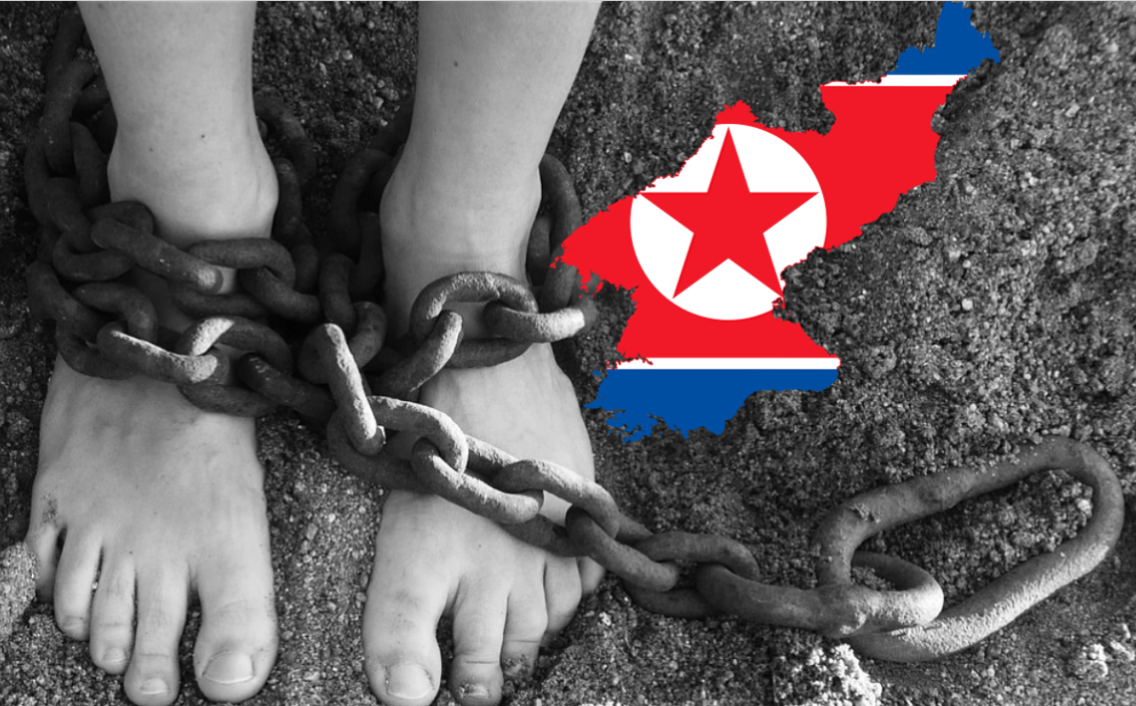 According to the most recent research, 1 in every 10 North Koreans are forced into slavery. The Communist Party of North Korea depends on forced labor to prop up the regime.

A 2018 Global Slavery Index, compiled by the Walk Free Foundation, found that North Korea is one of the biggest abusers of slave labor, which produces around $354 billion worth of goods and services for the nation.

During a time when the world seems to be hyper aware of inequality and support for communism is on the rise in the west, it would be good for Christians to remember those that continue to suffer in slavery.

The North Korean government uses slave labor in the form of labor camps. They currently have between 150,000 – 200,000 prisoners that are used as free labor in North Korean gulags, but it is not just the gulags.

When I walked into the restaurant, I was immediately greeted by neon lights, smiling faces, posh seating, and glamorous staff. The dining area was bathed in the glow of stage lights that reminded me of K-pop music videos. The waitresses doubled as performance artists that would take your order in between their singing and dancing.

There was nothing about the restaurant that reminded me of what I had seen in North Korea, except for the overpriced menu full of exotic North Korean cuisines. However, any thought of freedom was quickly squashed when I lifted up my phone to take a photo.

“No,” came the command from a friendly waiter that motioned me to put my phone away. “No photos,” he said in broken English. I smiled back at him. He did not smile back.

I later understood that he was more than a waiter. He was a minder. His job was to make sure all of the staff remembered that they were still North Koreans and had to abide by North Korean law, even though they were in Shanghai.

I know minders very well. I have spent weeks with them watching my every move when I travel in North Korea.

You see, the Pyongyang restaurant is built on a secret. It runs on slave labor.

The staff are not free to leave. They are not adequately compensated for their work. They are sometimes forced to work up to 20 hours a day and the money that comes in, including any money for wages, is sent to the government.

North Koreans do not consider this to be slave labor. In the Communist system of North Korea, you do not necessarily work for wages – it is the idea of equal distribution. Everyone works for a common goal and the government in turn provides you with what you need. You do not get a pay check from the government – you get food, housing, education, etc. Everyone, in theory, receives the same care.

So, when workers leave North Korea to work for little or no pay, it is considered to be a good thing. The workers are happy to be out of North Korea. They are happy to be well fed and live in conditions that are better than they would ever have in North Korea. They are excited to see how other people around the world live. Like caged animals, they are understandably excited about being let outside for the first time.

Haedanghwa restaurants can also be found in Europe. In Holland, Pyongyang opened a restaurant in Amsterdam, with nine North Korean employees. The restaurant however, was not opened for long when the Dutch partners realized that the staff were being ‘exploited and not properly compensated’ for their work.

This year, during the economic downturn of the restaurant industry, most of these restaurants have either closed down or reopened under different names. Unfortunately, there are still so many North Koreans that live in slavery and are exploited for their free labor.

Back to Jerusalem has been targeting these communities. Please join together with us to get the word out so that more believers can join in prayer. Prayer has the power to supernaturally change the situation in North Korea.

Leave a reply to Ivette Click here to cancel the reply