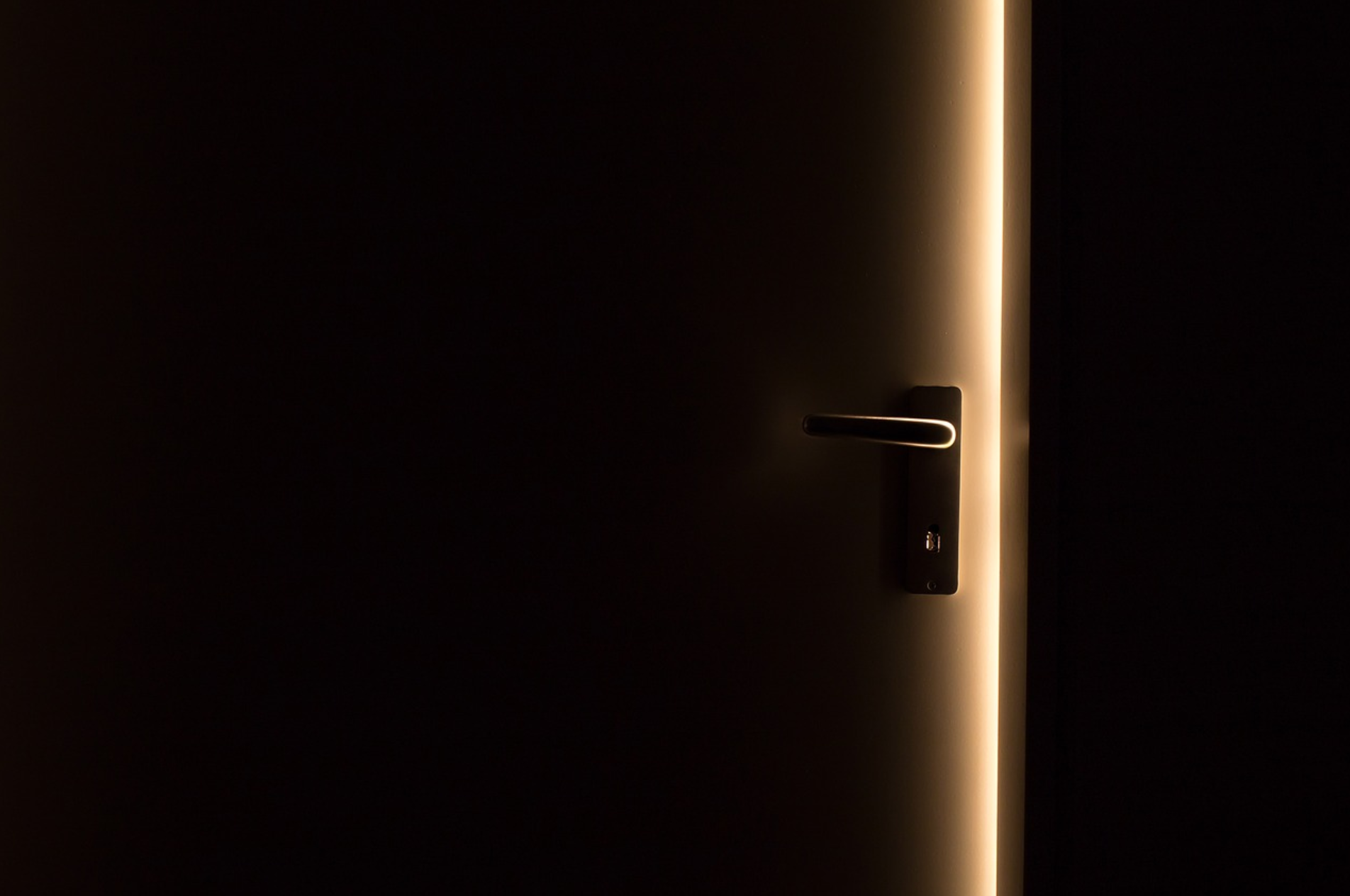 This is an urgent report that every missionary needs to read.

Something has disappeared from our lives during the spread of the Covid-19 pandemic – cash.

Cash disappeared so fast and so seamlessly that few of us even noticed. Retailers, restaurants, grocers, and even churches asked patrons to wear masks, maintain physical distancing … and avoid the use of cash.

“How do I do this? Do I hand you the money and risk touching your hand? Do I lay it on the counter? Do I throw it at you?”

Handling cash has become a plague. What once seemed like the most honest and reliable way of paying for goods now seems dangerous. Cash is no longer king; it is a criminal and this is bad for missions.

Overnight, most of the world became cashless.

I have been staying in Sweden and the quick transition took me by surprise. Everywhere in my area switched over to credit cards and a phone payment system called SWISH. Although I am a Swedish citizen, I live in China and so I am not a Swedish resident, meaning I cannot open a Swedish bank account or get a Swedish credit card. That means that there are several things that I cannot buy with an overseas credit card (yes some Swedish merchants are weird that way), and I am not able to open a SWISH account on my phone.  So, I have been stuck with useless cash.

When I traveled to Germany last month, my first stop was to the local ATM to get cash. This time it was not needed. Like Sweden, no one in Germany wanted my cash. Pffttt … disgusting.

When I arrived in Poland two weeks ago, I grabbed some local cash for safety, but didn’t use it. No one wanted it.

Scientific evidence has argued that currency doesn’t transmit COVID-19, yet it seems that everyone still jumped on board with the idea of getting rid of cash. It seemed easy. It seemed convenient. It seemed safe.

Governments and world banks could not be happier. They have wanted to get rid of cash for years. They argue that illegal activity like drugs, prostitution, tax evasion, and kidnapping rings are supported by cash. Get rid of cash; get rid of crime. Sounds like a good idea, but is it?

China thinks so. China is pushing for one of the largest state-controlled digital currency systems in the world and their timeline was only boosted by Covid-19. China launched a pilot program in four major cities and it has gone so well that the Commerce ministry has announced that the government will expand their digital currency experiment to include every major large city inside of China.

Digital currency is on the rise and the grave for cash is already being dug in China. The digital Chinese RMB is expected to be in full force in Beijing by the time they host the 2022 Beijing Winter Olympics.

Not to be outdone, the US is starting to jump on board and the Covid-19 stimulus is taking center stage in the development of a US cryptocurrency. US Muslim congresswomen Rashida Tlaib (D-Mich.) and Pramila Jayapal (D-Wash.) introduced a proposal that would provide money from the stimulus package to citizens through the ABC Act. Under the ABC Act, Congress would authorize the Federal Reserve to create “FedAccounts,” or “Digital Dollar Account Wallets,” which could send digital currency to recipients.

The US Post office agrees with the congresswomen and are looking at creating their own government-controlled blockchain that would be run through the postal system to deliver disaster aid relief to individuals.

US Senator Tom Cotton’s direct reference to the ‘digital yuan,’ shows that the US is worried that the Chinese are leading the way on digital currency.

Last year, it was not China who was a threat, but Facebook when it announced its intention to start a digital currency that could be used by its 2.5 billion global users. Congress immediately wanted to talk with Mr. Zuckerberg about his digital currency ideas. The US Federal Reserve did not like the idea of competition and the US Federal Reserve Chair, Jerome Powell, said that it “raises a lot of serious concerns, and those include privacy, money laundering, consumer protection and financial stability.” It seems however, that the US Reserve didn’t dislike Zuckerberg’s idea after all, as now they are building their own digital currency.

First off, what exactly is digital currency?

Unlike cash, digital currency is only available in electronic form. You cannot ever withdraw it or hold it in your hand. It only exists online.

Should I be concerned about the rise of digital currency?

Absolutely, and here is why. Banks have become the number one enemy of missions around the world. This is a little known secret that few people on the mission field are talking about. We have mentioned it several times on our podcast.

Banks around the world have come together to stop money laundering and the financial support of terrorism. Their argument is that cash is their enemy, preventing increased control in order to stop terrorism.

It turns out cash is also the enemy of anti-Christian governments.

Extremely detailed algorithms have been employed in international banks in Asia, Africa, and the Middle East to detect irregular or illegal banking activity. Printing Bibles in China, supporting missionaries in India, helping Sunday School teachers in Saudi Arabia, or sending rice to North Korea are all illegal Christian activities and show up on these algorithms.

Banks in both Europe and Asia have closed Back to Jerusalem bank accounts because of Christian mission work that is considered to be illegal by the international community.

Banks want to do business in China. China does not want Bibles to be printed illegally in their country and so banks do not want their services to be used to support Bibles in China. To clamp down on this, banks have made it harder and harder to withdraw the kind of cash needed to support illegal mission work in places like China.

It is not just BTJ that has suffered these banking challenges. Global Christian mission organizations are finding it impossible to support their missionaries in China, India, Pakistan, or Malaysia. Before, they could send money or take in cash, but today, banks want details about who the money is going to, where it is coming from and what it is being used for. Cash prevents the banks from having that control, so they have stopped dealing in cash. Because of this, many mission organizations have had to either close their doors or stop sending funding all together.

This is not just a problem for missions. This is impacting the poor, minority groups and the disenfranchised like never before.

In places like Tibet, Bhutan, Afghanistan, Yemen, etc there are many minority groups who do not have birth certificates, ID cards, or documents. They can’t just walk into a bank and open up an account. Even if they could – they have so little that they can’t afford the banking fees.

If cash disappears, those that completely depend on cash lose all hope. Several cities in the US have recognized this and passed legislation to protect cash. Cities like Philadelphia, San Francisco, and New York have recently passed legislation banning merchants from accepting only card and contactless payments. Cashless merchants have been banned in New Jersey and Massachusetts.

Going cashless harms the hundreds of millions of people that are unbanked and underbanked. We saw this in real time in 2016 when India attempted to do it over night. Tens of millions of Indians suddenly found themselves unable to buy food or clothing. They couldn’t even beg for money on the street because small cash donations were not available. It was Armageddon for several months in the poor ghettos of India.

Here is the bottom line: Cash is the best way to engage in commerce while maintaining a minimum amount of privacy – and governments know this. Going cashless is dangerous because it gives up your financial freedom. Once a society goes cashless, both the bank and the government know everything about you. They know where your money comes from, how much you have, and where it is going.

This is a freedom that Christians should not be willing to give up easily.

Leave a reply to Dn Click here to cancel the reply