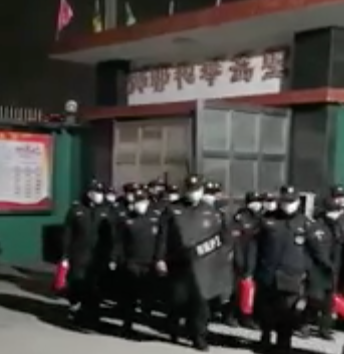 In the dark early morning hours of February 1, as many as 30 uniformed police officers broke through the doors of a church in Wenzhou and tore down their cross.

The shocking video was originally posted on social media by Chinese Christian Fellowship of Righteousness 華人基督徒公義團契. The video seems to show police breaking through the courtyard doors of Water Heart Church 温州市龙湾水心基督教堂 in the city of Wenzhou.

The police officers were carrying riot shields, shouting commands, and secured the area so that a crane team with a metal grinder could be brought in to forcefully remove the cross. The raid was most likely conducted in the early morning hours of Monday morning; the police would know that there would be fewer believers in the building after the final evening meetings on Sunday. 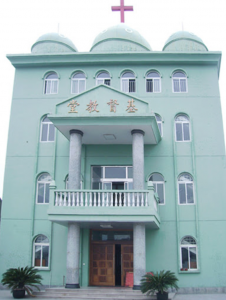 Above, is a picture of the church. According to online historical records, the Water Heart church is more than 94 years old, having been established in 1927. The church was forced to shut down during the Cultural Revolution, but was allowed to reopen in 1986 as China began to see more freedom of religion. The current building was reconstructed in 2004 to accommodate more believers.

The removal of the Water Heart Church’s cross is a continuation of the persecution that believers inside of China continue to see on a regular basis.