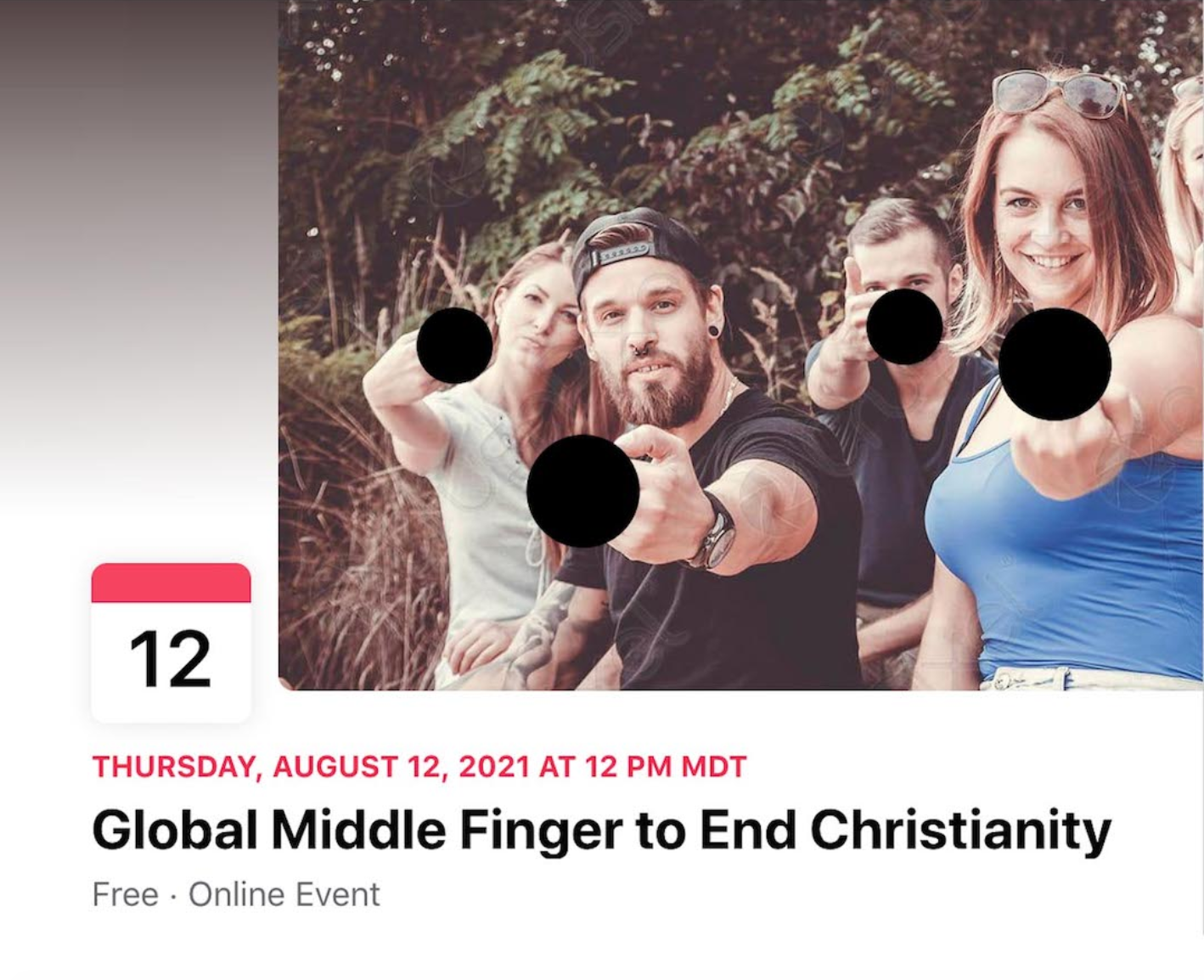 In an 💥EXCLUSIVE💥 podcast, Scarlet Jones, founder of August 12th’s “Global Middle Finger to End Christianity Day,” – a day where atheists around the world stand together in solidarity and give a big middle finger to the sky to end Christianity – joins the BTJ podcast.

I promise you will be surprised by this hour long interview, and the direction it takes, you will NOT see coming.

Several Christian outlets wrote about this event that quickly gained a following of almost 5,000 attendees, but none of the Christian organizations actually interviewed Scarlet to ask her why she launched the movement on Facebook.

Her answer will surprise you.

Scarlet Jones, the founder of the online atheist movement describes herself on social media as a “vocal trans-girl who tells it how it is.”

The entire podcast is about an hour long and none of the interview has been edited.

You can find the interview below:

Episode 602: Live Conversation With An Atheist

Prior to the interview, BTJ wrote an article about the event and the event founder, Scarlet Jones, wrote an extremely colorful reply to BTJ:

That’s where you are wrong as usual, you fake*ss doctor. Firstly, nobody has been killed “in the name of atheism.” Stalin acted in the name of his greed, like Christians have done over the last 2000 years.

Thirdly, I have also created Middle Fingers to End Religions. ALL religions. Including Islam, you pr!ck. So f%ck your god, f#ck Allah, f&ck your mama and you can get a REAL job, instead of lying to everyone.

Also, since you people seem to leave it out, in favor of your propaganda, our event raised over $2000 for cancer research. What the f@ck did you do, besides sin and judge others, you f^cking tiny-d*cked fake Christian?

We reached out and asked Scarlet to join the BTJ podcast to explain why she is an atheist and why she responded in the colorful way that she did.

This is a podcast that is certain to surprise you in more ways than one!

Episode 602: Live Conversation With An Atheist